MSI's Intel 100 series Eco motherboards are both powerful and efficient

MSI's Intel 100 series Eco motherboards are both powerful and efficient 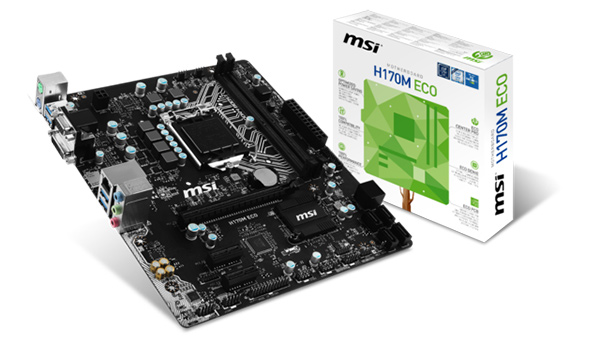 Given the focus on the environment with the ongoing Paris climate talks, MSI could hardly have released its second-generation Eco series motherboards at a better time. The new micro-ATX boards represent a departure from MSI’s usual focus on high-performance hardware for gamers and enthusiasts, instead offering a host of features to maximize power efficiency and reduce consumption.

The Eco motherboards are available with the Intel H170, H110, and B150 chipsets, with each board featuring only two DDR4 DIMM slots with support for up to 32GB of DDR4-2133 RAM. The PCIe slot layout and I/O options are also very similar, with just one PCIe 3.0 x16 slot, two PCIe 3.0 x1 slots and a Gigabit LAN port on all the boards. 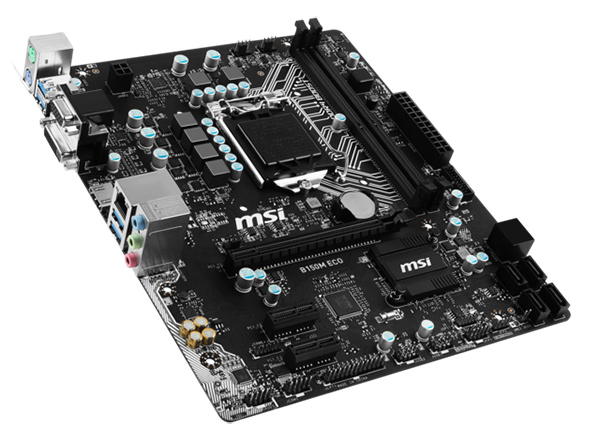 Other than the chipset, they differ in terms of the availability of USB and SATA ports, with the H110M Eco having the least features out of all three. 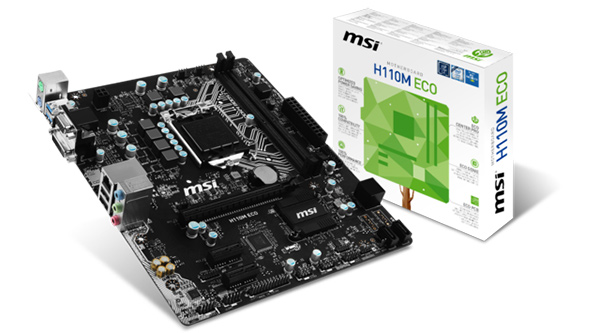 MSI says that the Intel 100 series Eco boards can continue to deliver 100 percent performance while operating in any power-saving mode. This is in contrast with other power saving implementations out there, which often come at the price of significantly reduced performance because of undervolting and lowering clock speeds.

In addition, the new boards will support all Intel Skylake processors – even the performance-oriented Intel Core i7-6700 processor – so users don’t have to worry about compatibility issues. However, given their focus on energy savings, the Eco boards are still optimized for the more power efficient Intel S- and T-series processors.
DDR4 memory sticks are also supported in both single- and dual-channel mode, and the second-generation Eco boards even support features like DDR4 Boost and Audio Boost, which are also found on MSI’s more performance-oriented Intel Z170 motherboards.

At the heart of the power-saving features is a new PCB design that offers hardware-based control to cut off all power to various motherboard features. On top of that, the boards come bundled with Eco Center Pro, MSI’s power efficiency software to control case fan and LED power outputs and enable swapping between three different power-saving modes.