The GS65 Stealth Thin was the highlight of the launch today. Featuring an ultra-thin and ultra-light form factor like the GS63VR and GS73VR, the notebook is fitted with Intel's 8th Gen Core i7-8750H CPU and up to 16GB of DDR4 RAM.

On the GPU side, consumers will be able to choose between an NVIDIA GeForce GTX 1060 or GeForce GTX 1070 with Max-Q discrete GPU. Besides that configuration options, the GS65 Stealth Thin will come with a 512GB PCIe NVMe SSD and a 15.6-inch Full HD (1,920 x 1,080) display with a 120Hz refresh rate and response time of 7ms. Sadly, that same display will not have G-SYNC support. 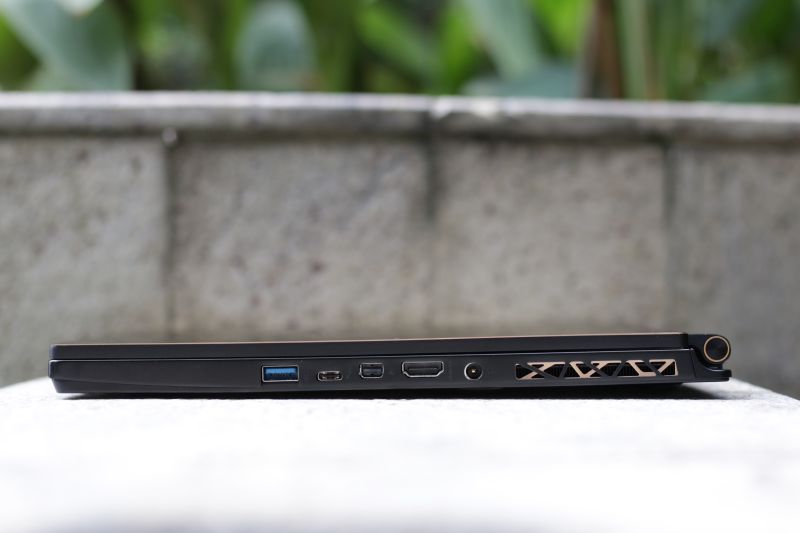 As mentioned earlier, the GS65 Stealth Thin will not be available for pre-order. Instead, MSI will make the notebook directly available for purchase on April 16, 2018. It will retail for RM9,699 for the model with the GTX 1060 and RM10,688 for the GTX 1070 with Max-Q variant. The GT75 Titan that we saw at the launch here is essentially the same as the model that was released last July. The big difference between the model we saw today and its predecessor is its CPU: the new GT75 Titan comes with the top-of-the-line hexa-core Intel Core i9-8950HK mobile processor. As mentioned earlier, the GT75 Titan is already up for pre-order via 11Street, and the model with Core i9 configuration will be available for purchase at RM21,999. In addition, those who pre-order the machine will also received a pre-order gift: an MSI-themed Steelseries Siberia 200 series headset. Last but not least on the list is the GE63 Raider RGB notebook. If the name sounds familiar, it's because the notebook SKU is actually close to a year old. What's the difference between this model and its previous iteration? For starters, this one's (obviously) got a new Intel Coffee Lake-H Core i7-8600H CPU, along with a whole lot more RGB LEDs built into it.

Like the GT75 Titan, the GE63 Raider RGB comes with the same display configuration options. In the case of its GPU configurations, consumers will be able to choose between a GeForce GTX 1060 or GTX 1070. You can also pre-order the gaming notebooks in person: all you need to do is to visit any one of the official MSI partners listed here.

For more news from MSI, you can follow us here.