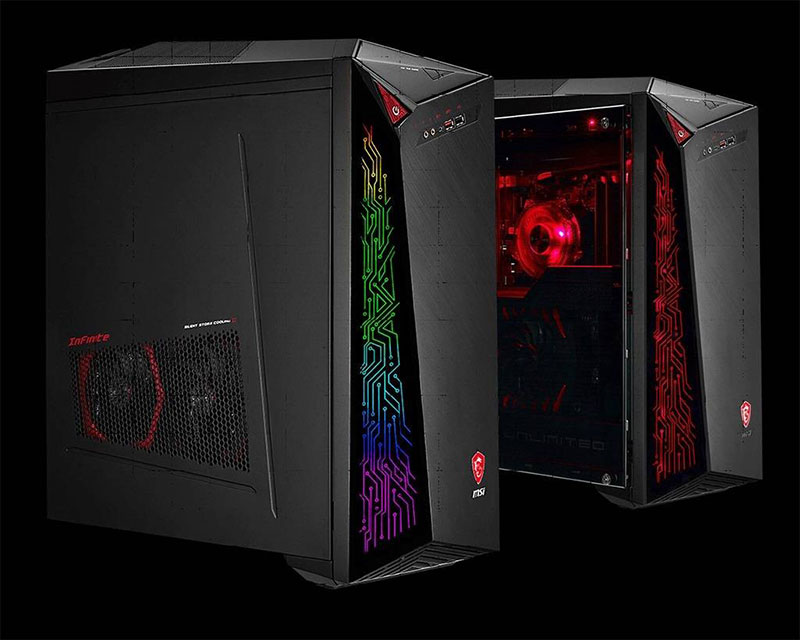 The Infinite X looks nearly identical to the original Infinite A, which first debuted at COMPUTEX 2017. Both PCs offer options for tempered glass side panels to show off your hardware, and Mystic Light RGB LEDs on the front panel.

They also share a similar multi-chamber chassis design and Silent Storm Cooling 3 cooling solution, although MSI actually refers to the Infinite X’s implementation as Silent Storm Cooling 3 Pro. The case is divided into separate chambers for the CPU, GPU, and PSU, so heat output from one component is less likely to adversely affect the others.

However, the Infinite X takes things up a notch with support for overclocking, thanks to its use of Intel’s Z370 chipset. In comparison, the Infinite A is limited by its B250 chipset and locked Intel Core i7-7700 processor.

The Intel Core i7-8700K (3.7GHz, 12MB L3 cache) processor and MSI GeForce GTX 1080 Ti in the Infinite X pump out top-notch gaming performance, so this is really a machine designed to satisfy even the most demanding of gamers.

And like the Infinite A, there are plenty of upgrade and expansion options, including support for up to 64GB of DDR4 memory, two M.2 sockets, one further 2.5-inch SSD/HDD, and two HDDs. In addition, the system will take Intel Optane memory as well. 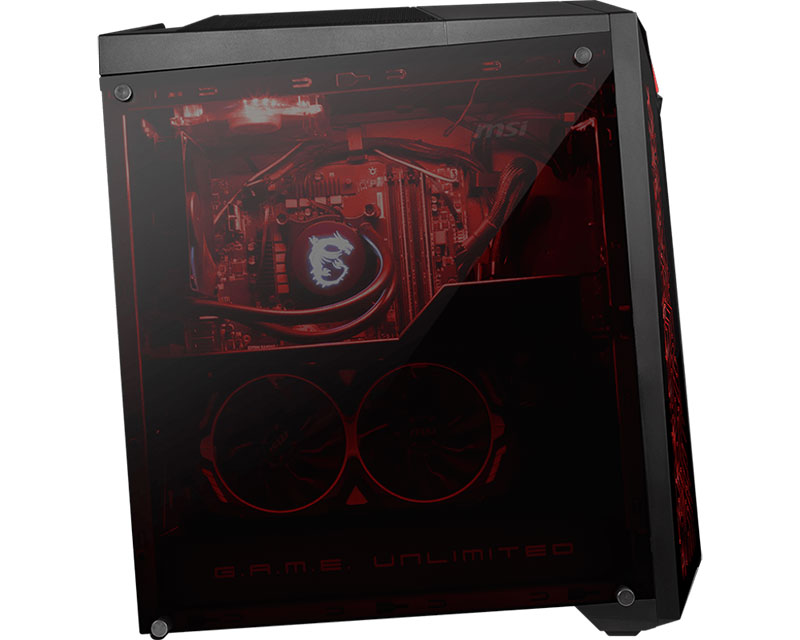 The entire rig is powered by a 550W 80 Plus Bronze power supply. This is 50W short of NVIDIA’s official recommendation for the GeForce GTX 1080 Ti, but we’ve seen OEMs and other system builders go with less powerful PSUs without major issues.

And even though the Infinite X comes with a handle to make it easier to transport, it is no featherweight. It weighs 15kg and measures 210 x 450 x 488 mm, so this isn’t one of those small form factor PCs you’ve been hearing so much about.

As a finishing touch, MSI has made it possible to mount your graphics card vertically via a riser cable, so you get the best view of the cooling shroud through the tempered glass side panel. The company says this also has the added benefit of minimizing the risk of damage to the card or PCIe slot when transporting the system.