Pundits and critics all over the world have been making assumptions and speculations that after the acquisition by Google in May last year, for better or worse, Motorola would never be the same again. Despite releasing a batch of new RAZR smartphones that got solid reviews, Google execs weren't very impressed as those devices were built without their input and even went so far as to say that they lacked the 'wow' factor. Once again, the rumors started to swirl and speculations were made that Google only bought Motorola for their huge library of critical wireless patents. Things didn't seem to get any better as other smartphone manufacturers such as Samsung, HTC, Sony, LG and BlackBerry have been busy releasing new flagships, while the silence from Motorola has been deafening. But all this is about to change according to Jim Wicks, Motorola's Design Chief, who sat down with PC Mag for an interview.

"It comes off as kind of weird to anyone who hears it for the first time, but there have been follow-up discussions and there's no issues with that at all," said Wicks. "We've been spending the past eight months on this next generation of phones, and we've all seen positive feedback and collaboration around things." Various Google business units are turning to Motorola for advice on things Motorola has expertise in and vice versa, he said.

According to Wicks, the first Google-influenced Motorola phones will start appearing in the second half of 2013 (whether this was just for the United States or globally remains to be seen), Wicks also added that users who prefer smaller form-factor devices or stock Android will be very excited.

"Consumers love what the Android OS can do for them, and they want to have the most recent releases faster," Wicks said. "From a software and UI perspective, our strategy is to embrace Android and to make it the best expression of Android and Google in the market. It will be the unadulterated version of Android, and I feel really good about our embracing Android and being the best Android experience." 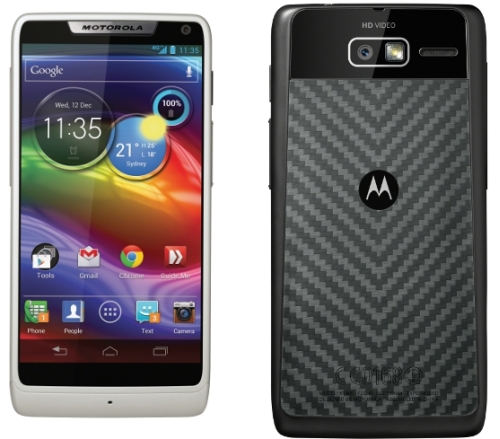 "Certain people like a large screen," Wicks said. "But there's a sweet spot for consumers that we're currently exceeding in the market. There are some people that like a big display, but there's also a lot of people that want something that's just about right," he said. "I think 'just right' is important, and we're designing so we don't disappoint those people."

This fight against bloatware isn't just physical and Wicks pointed out that Motorola wants their devices to be as bloatware free as possible. This sentence alone will most definitely put a smile on the faces of the most hardcore Android fans. But this is most likely to change when carriers get involved. "People don't want all that stuff pre-populated on their devices," he said. "They really want to define these things themselves. We're focusing on simplicity and the power of the consumer."

But with that being said, will Motorola still design smartphones that immediately stand out of the crowd? According to Wicks, they are looking at creating smaller devices that still pack big screens and are looking at ways to make bezels as narrow as possible. The scratch and drop resistance will of course remain.

"We believe in getting away from the spec wars that are just about specs and not about consumers. That's the simple way out: spec, spec, spec. I don't think that's the answer," he said.