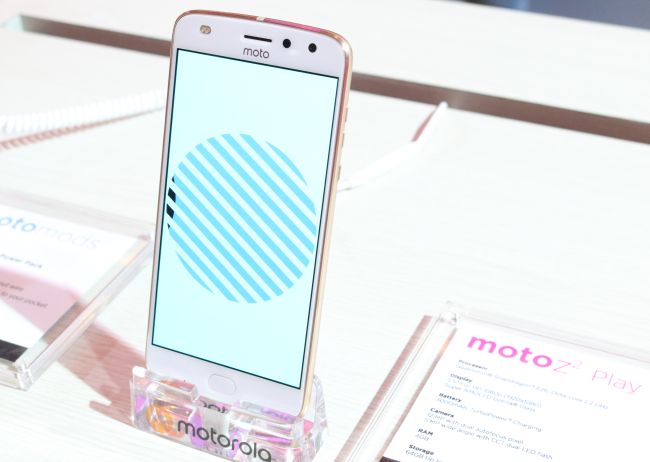 Motorola commenced the launch of the Moto Z2 Play smartphone earlier today. It is part of the Moto Z series, that's got a new modularity feature known as Moto Mods. An improvement over last year's Moto Z Play, the new smartphone sports a 5.5-inch Full HD Super AMOLED display, a Qualcomm Snapdragon 626 SoC, but more importantly promises a long battery life that can last all day.

The innovative Moto Mods allow for external components to be connected to the phone, reinventing how we interact with our smartphones. For instance,with the GamePad mod you'll be able to turn your smartphone ino a projector or a gaming console. You could also attach a Turbo Charger mod that gives you eight hours of battery life with just 15 minutes of charging. There is a mod that used an integrated Hasselblad camera too. The Moto Mods that were introduced will be released locally within the next few months. 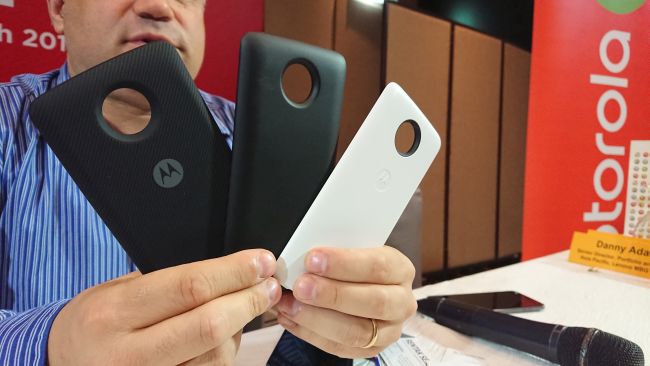 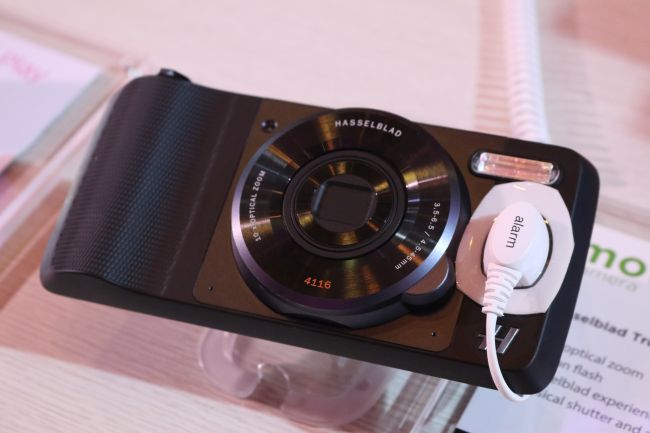 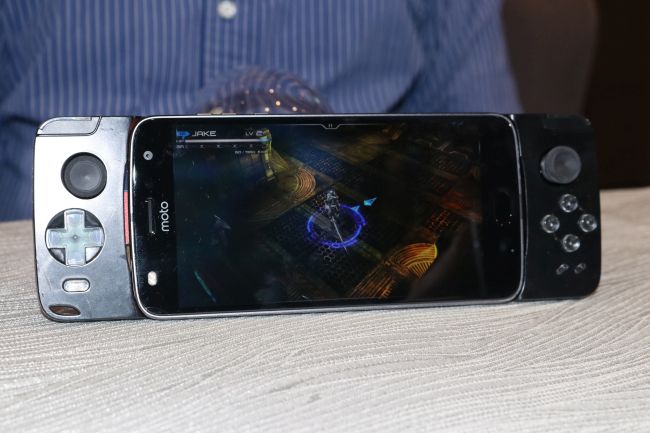 The Z2 Play's main camera allows for easy photo taking in low lighting conditions. The front camera on the other hand comes with dual color correlated temperature and a wide angled lens. The phone's got Moto Voice, that allows you to utilize voice commands.

The phone is available in two colors – Fine Gold and Lunar Gray. The Z2 Play can be purchased at all authorized Lenovo Mobile dealers at RM1,999. An exclusive gift box worth RM299 will be given to the first 1,000 customers who purchase the smartphone.

The Z2 Play was not the only star of the show, as Motorola subsequently introduced the Moto C, Moto C Plus, Moto E4 and the Moto E4 Plus. The Moto C has a 5-inch display where users can view clearer videos and images, a 5MP main camera and a 2,350mAh battery. The C Plus however has an 8MP camera and has a battery power of 4,000mAh, which Motorola says can last up to 30 hours. The Moto C and C Plus are priced at RM399 and RM539 respectively. 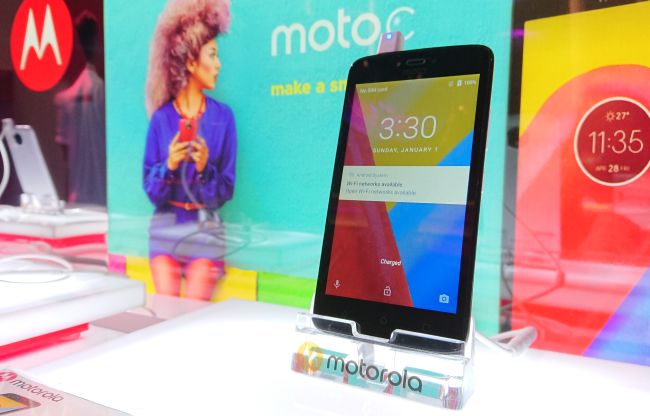 The Moto E4 has a 5-inch HD display, an 8MP main camera and 2,800mAh of battery power as well as a quad-core MediaTek SoC. The Moto E4 Plus has a 5.5-inch display that's got a 5,000mAh battery and the phone also works with the 10W rapid charger. The phones go for RM539 and RM639 respectively.