Microsoft's new AI can draw pictures based on text descriptions

Microsoft's new AI can draw pictures based on text descriptions

Note: This article was published on 19th January 2018. 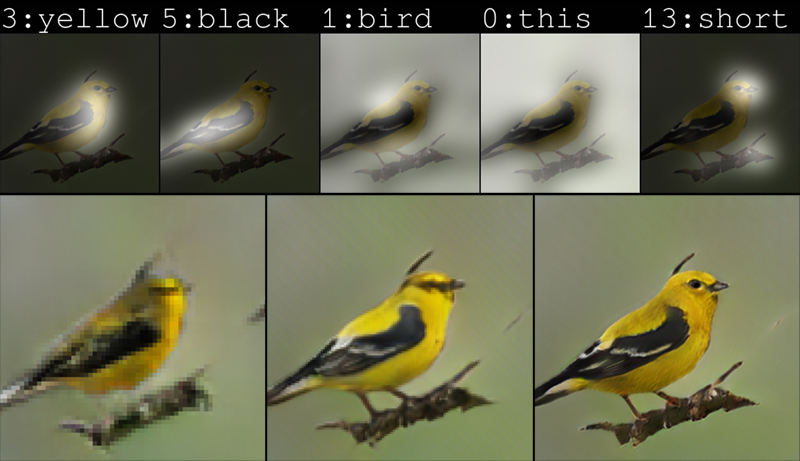 Researchers at Microsoft have created an AI that can draw an image based only on text descriptions.

The system doesn't just find an existing image based on your input, but creates a real drawing from scratch. "If you go to Bing and you search for a bird, you get a bird picture. But here, the pictures are created by the computer, pixel by pixel, from scratch," said principal researcher Xiaodong He. "These birds may not exist in the real world — they are just an aspect of our computer's imagination of birds."

The technology, which the researchers simply call the drawing bot, can generate images of everything from ordinary pastoral scenes, such as grazing livestock, to the absurd, such as a floating double-decker bus. Each image contains details that are absent from the text descriptions, indicating that this artificial intelligence contains an artificial imagination.

The team sees the technology finding use as a sketch assistant to painters and interior designers, or as a tool for voice-activated photo refinement. With more computing power, He imagines the technology could generate animated films based on screenplays, augmenting the work that animated filmmakers do by removing some of the manual labor involved.

However, for now the technology still needs refinement. Close examination of the images almost always reveals flaws, such as birds with blue beaks instead of black and fruit stands with mutant bananas. These flaws are a clear indication that a computer, not a human, created the images.