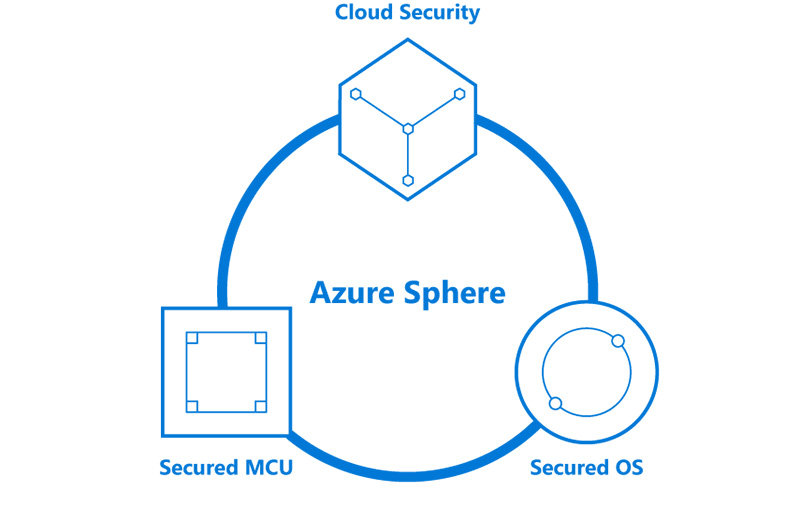 Microsoft has announced that it’s building an operating system for IoT called Azure Sphere OS. Unlike traditional real-time OSes, Azure Sphere OS is a “defense-in-depth” OS. It combines security innovations found in Windows, a security monitor, and a custom Linux kernel. For those keeping record, this is the first time in the company’s 43-year history that it has announced a Linux-based OS.

In fact, this IoT OS is just one of three components in Microsoft’s bigger Azure Sphere solution that it announced at RSA 2018. Powering the purpose-built OS are Azure Sphere-certified microcontrollers (MCUs), basically chips infused with custom silicon with Microsoft’s security technology. To enhance its street cred, Microsoft says it’s drawing on its 15 years of experience and learnings from Xbox to secure this new class of MCUs and the devices they power.

The other component is Azure Sphere Security Service, which is a “turnkey, cloud service that guards every Azure Sphere device; brokering trust for device-to-device and device-to-cloud communication through certificate-based authentication, detecting emerging security threats across the entire Azure Sphere ecosystem through online failure reporting, and renewing security through software updates.”

Azure Sphere is in private preview starting today, and Microsoft is now working with select device manufacturers to build future products powered by Azure Sphere. The first wave of Azure Sphere devices are expected to land on shelves by the end of 2018. Dev kits will be universally available in mid–2018, likely after Microsoft’s yearly Build developer conference.