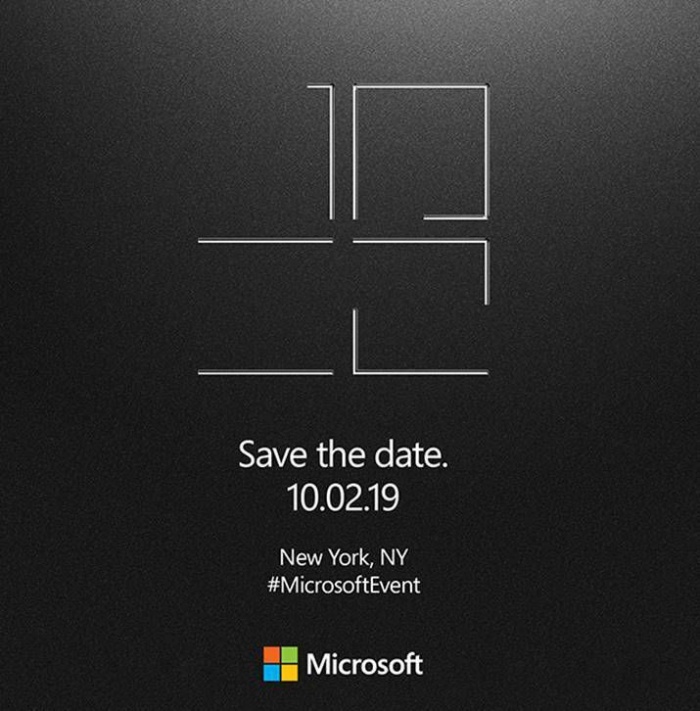 New Surface devices are expected to be announced in early October.

Microsoft has sent out media invites for a special Surface hardware event which will take place in New York on 2 October. The company is likely to update the Surface Book, Surface Laptop and Surface Pro lineup, but it's not certain whether we will get a glimpse of the dual-screen Surface devices that Microsoft has been developing for years. Sources told The Verge that Microsoft is currently aiming for a 2020 release date for the dual-screen Surface.