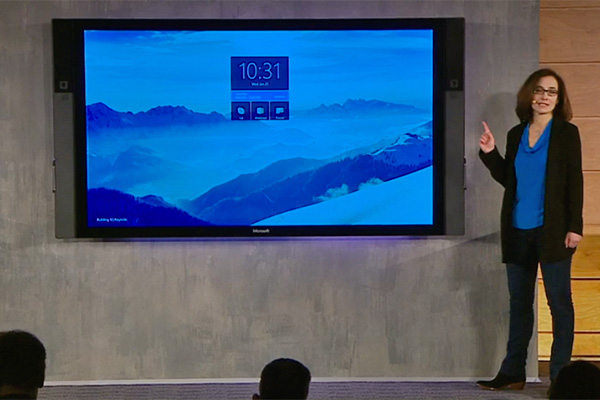 At its Windows 10 event today, Microsoft also unveiled the Surface Hub, a 4K display that supports multi-touch and multi-pen inputs.

Running on Windows 10, the Surface Hub (available in 55 and 84 inches) isn’t so much a consumer device, but more like an AiO with a giant display designed to help teams in the workplace share, conceive ideas, and create together. In addition to multi-touch and digital inking, it comes with two built-in cameras, several sensors, as well as microphones.

More specifically, the Surface Hub features state-of-the-art digital white boarding through OneNote, instant remote conferencing (it supports Skype for Business), and the ability for multiple people to share and edit Office content on the screen from their devices (be it a PC, tablet, or phone). It'll come with Word, Excel, and PowerPoint. Of course, since it runs Windows 10, you get features like Snap that greatly aids multi-tasking, especially on such a big screen.

Detailed specs and pricing of the Surface Hub are not available at this moment, but Microsoft did say it'd ship "later this year". 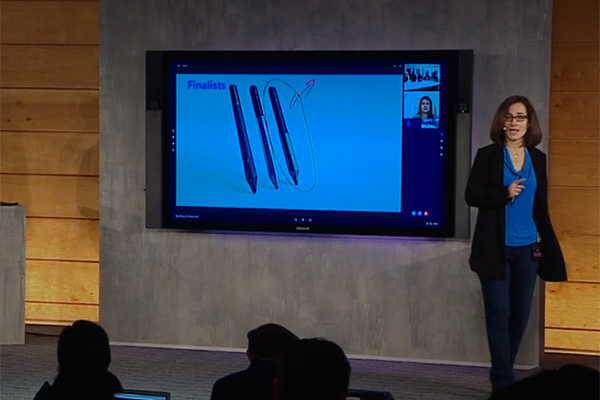