Microsoft is shutting down its Sunrise calendar app on August 31

Microsoft is shutting down its Sunrise calendar app on August 31 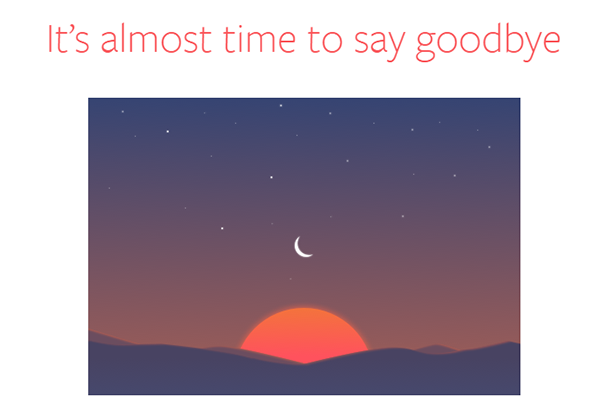 The sun is unfortunately setting on Microsoft’s Sunrise calendar app, as its development team recently announced in a blog post that they’ll be withdrawing the app from app stores over the next few days, with the app to officially stop working on August 31, 2016.

This comes as quite a surprise, as Microsoft had only purchased Sunrise slightly over a year ago for US$100 million (~RM402 million).

“We’re not able to support and update Sunrise anymore. No new features. No bug fixes. For us, that’s the definition of a lousy app and it’s not a user experience we want to leave you with,” said the Sunrise team on their official blog.

But look on the bright side, at least some of Sunrise’s most beloved features would be making their way onto Microsoft’s Outlook app – including event icons and integration with other calendar services and apps.