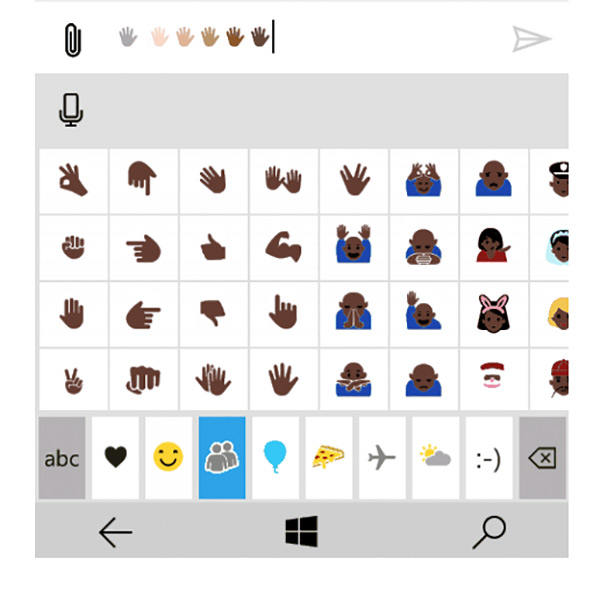 With Windows 10 Mobile set to finalize and roll out in December, you can be sure that Microsoft is now hard at work ironing out the remaining bugs and giving it the final polish. For Insiders on the Fast ring, Build 10549 drops today with improvements for Cortana (now works in Japan, Australia, and Canada) and the Messaging app. This build also adds support for Unicode’s diversity emojis for the first time. (For the PC, it’s added since Build 10547.)

For Insiders on Build 10536, know that there’s a bug that will cause a black screen if you do an update. Microsoft is aware of this, which is why you will not see this update. If you want to get Build 10549, you’ve to go back to Windows 8.1 first, and update from there. Else, just chill and wait for the next build.

As usual, a list of things that are fixed as well as known issues can be found in Microsoft’s blog post.