Microsoft Puts a Stop to the Start Menu for Windows 8

Microsoft Puts a Stop to the Start Menu for Windows 8 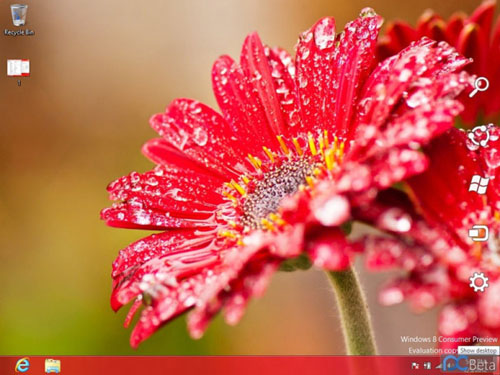 Microsoft introduced the the Start Button and Menu with Windows 95 over 15 years ago. These iconic features have been retained and refreshed as new versions of the OS were released. With the upcoming Windows 8, Microsoft unveiled their new Metro style interface, though a recent surprise was uncovered by Chinese site PCBeta and has since then been confirmed by The Verge. The Start Button has disappeared.

New screenshots of Windows 8 Build 8220 show that the Start Button is no longer present in its familiar bottom left hand corner. Previous builds of Windows 8 had the feature but as we get closer to release date, Microsoft has decided to do away with the function entirely.

The Start Menu can still be accessed via a hot corner which has replaced the Start orb we were so familiar with. Hovering the mouse over the lower left corner will bring up a thumbnail preview of the Start Menu which can be navigated by click. It is expected that a swipe gesture for touch input enabled Windows 8 versions will work in the same way.

Removing the Start Button in Windows 8 gets Microsoft a few extra pixels but leaves users literally without a starting point. The extra pixels might be valuable when using smaller screen devices such as smartphones or tablets, but are quite inconsequential when it comes to desktop displays.

Windows 8 has already been put in the hands of professionals and it is expected that Build 8220 will be the Consumer Preview version to be released as the beta. The change is in no ways final and reaction to the beta is sure to play a major role in whether the Start Button will make it on to Windows 8.

Source: PCBeta and The Verge