Sometimes, the ability to capture a decent photo using your smartphone depends on the very camera app that you’re using, as they are not made equal to one another. Take the recently launched Microsoft Pix camera app for example, which relies on both artificial intelligence and algorithms to ensure that every photo you capture turns out flawless.

The best thing about Pix is that you won’t have to meddle with any of its in-app settings to work its magic – because it literally doesn’t have any. That’s right, unlike the bulk of camera apps these days, which have a plethora of different modes and settings for you to play around with, Pix is able to intelligently adjust the various photography variables and parameters behind the scenes, without your help. 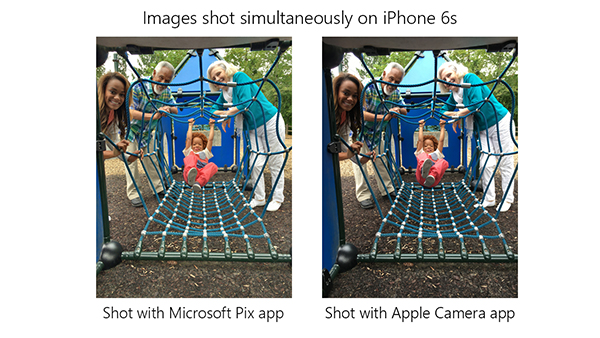 Pix works like this: every time you press the shutter button, Pix will capture a burst shot of 10 images. Using artificial intelligence, Pix will select up to three of the best shots, and use the data from the remaining images to remove noise artifacts, brighten faces, beautify skin, and adjust their color and tone – which are all done and dusted in about a second, according to Microsoft.

On top of that, if Pix detects movement within the string of burst images that it captured, it will make the most of them by turning the images into ‘Live Images’, where the moving parts of the images – like foliage swaying in the breeze – are isolated and looped.

You can download Microsoft Pix from the iOS App Store for free by clicking here.