With more and more cyber attacks in recent weeks, Microsoft has been facing pressure to deliver a cyber security measure that will work for millions of computers. The result is the company deciding that it will rely on machine learning from more than 400 million PCs running Windows 10 to come up with its own intelligent antivirus.

CNET quotes Rob Lefferts, Director of Program Management, Windows Enterprise and Security as saying that in its Fall Creators Update, Microsoft will be using a wide range of data coming from its cloud programs such as Azure, Endpoint and Office to create an A.I. antivirus that can pick up on malware behavior. This will serve as an upgrade to Windows Defender Advanced Threat Protection, with new features like browser-focused Application Guard and cloud-related Device Guard and Exploit Guard. 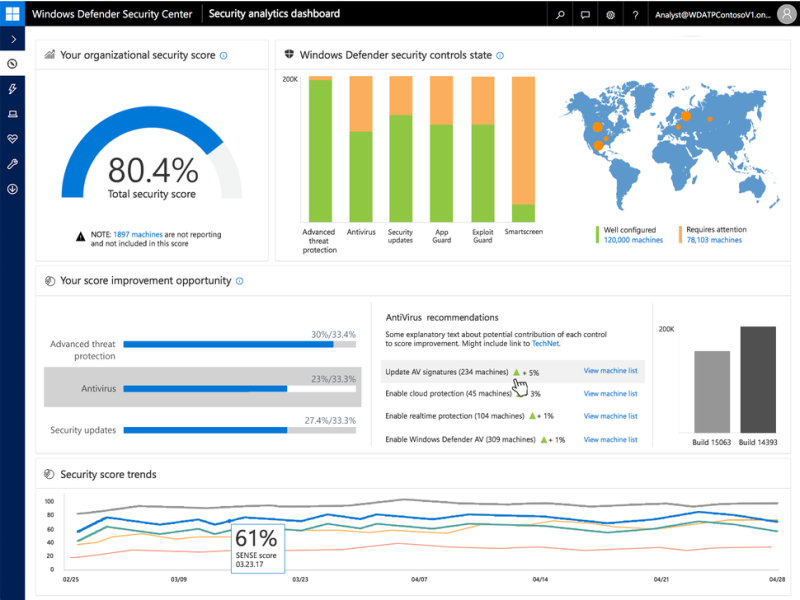 The expected result is an A.I. that will develop a signature for any new malware detected on any Windows 10 PC in the world, and protect all other Windows 10 PCs from the new malware. The initially infected system will also be safe because the malware will be set off in a virtual sandbox in the cloud, and not the machine itself.

This new security feature is expected to roll out to all Windows 10 machines, but it goes without saying that enterprises and businesses get it first. The update will also bring new protections for the browser. Specifically, only the Edge browser.