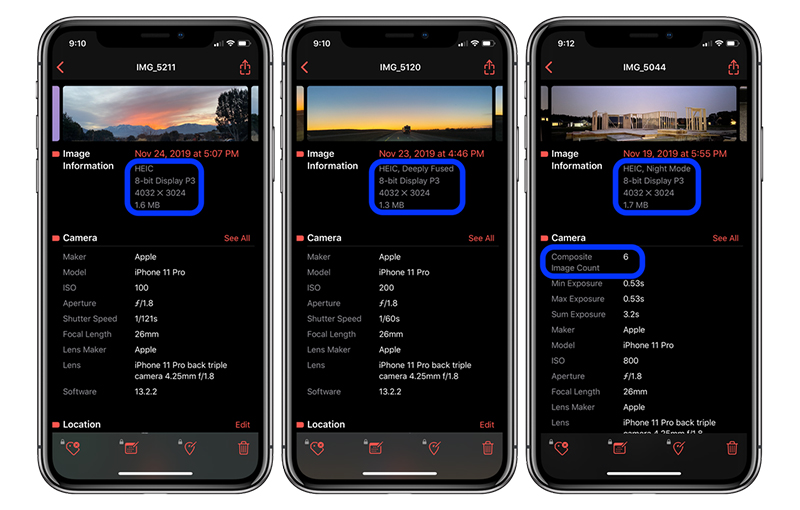 Apple enabled Deep Fusion for its new iPhone 11 and iPhone 11 Pro phones when it dropped iOS 13.2

Deep Fusion is a computational photography mode where the cameras take multiple images and then fuses them together to form a single image.

Interestingly, Apple decided to make this process completely invisible to the user.

There's no indication of when Deep Fusion is activated and the final photos also do not bear any marks telling users that Deep Fusion was used in taking the shot.

According to Apple, this was done intentionally so that users can focus on just taking photos.

Fortunately, there's now an app that can tell you when Deep Fusion was used and it's called Metapho.

It's free to download and use and it's an app that shows your photo's EXIF metadata.

As you can see in the screenshots above, photos taken with Deep Fusion will say that it's "Deep Fused." Metapho can also tell you if Night Mode was used.

Another great thing about Metapho is all that all analysis is done on-device and no photos are sent to any server.

Unfortunately, the report also says that Apple will soon disable this method of detecting whether Deep Fusion was used. So if you are interested to see if your photos were taken with Deep Fusion, you better act fast.

You can find out more about Metapho here.