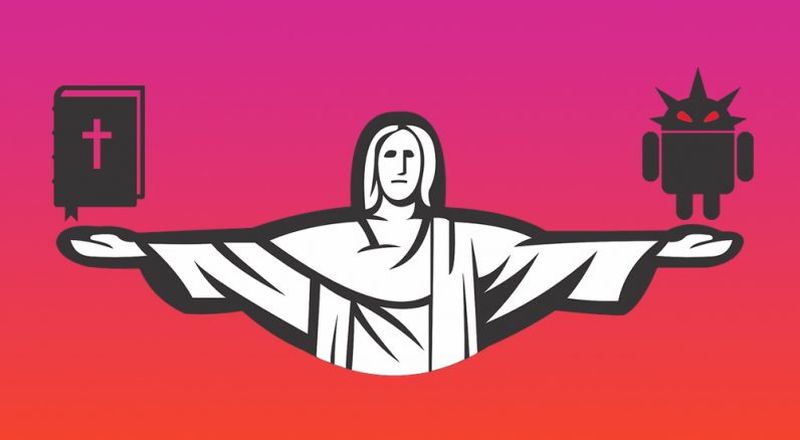 Researchers have uncovered a new malware that has been using Jesus to target unknowing users, much like a wolf in sheep's clothing. This malware is disguised as a Google Play app for reading the Bible in Korean that turns devices into a botnet. Cyber-security firms McAfee and Palo Alto Network were the ones who discovered the app, and both have said that it was probably developed and brought to life by some devlish hackers from the Lazarus cyber-crime group.

According to McAfee, the app has been downloaded by the faithful over 1,300 times. However, the number of users who do have the malware loaded onto their smartphones are unknown. Once the APK installs its code, it executes backdoor ELF and the device will turn into a botnet. The malware mainly preys on Korean users with Samsung phones according to Palo Alto Networks.

The attack brings a whole new meaning to taking the Lord's name in vain, as well as using religion for evil purposes. It could also be a sign from God implying that it's best we stick to our physical copies when it comes to Bible reading. If your smartphone is affected, then it's safe to say that only God can save you now.

Source: The Next Web