If you were watching the recent 2017 International Dota 2 Championships and fantasizing all the wonderful things that you could do with the US$10.8 million (~RM46 million) grand prize, well, you can give yourself a little taste of it by participating in the inaugural Malaysia eSports League (MESL), which is slated to kick off on September 2, 2017.

MESL is expected to be the largest Dota 2 eSports league in Malaysia, and it comes with an equally large prize pool to match its grandiose ambitions: RM500,000 – the highest prize pool ever recorded for a local Dota 2 tournament.

To further sweeten the deal, U Mobile will be rewarding an additional RM50,000 to the winning team of MESL, provided that all members of the team are active U Mobile subscribers (postpaid or prepaid) from the beginning of their respective qualifiers right through to the grand finals.

Offline qualifiers will be held in most states across both Peninsular and East Malaysia. Yes, the states of Sabah and Sarawak are included as well. The top 16 teams of each qualifier will proceed to battle it out in the group stages of the league, which is expected to last for a duration of three months. 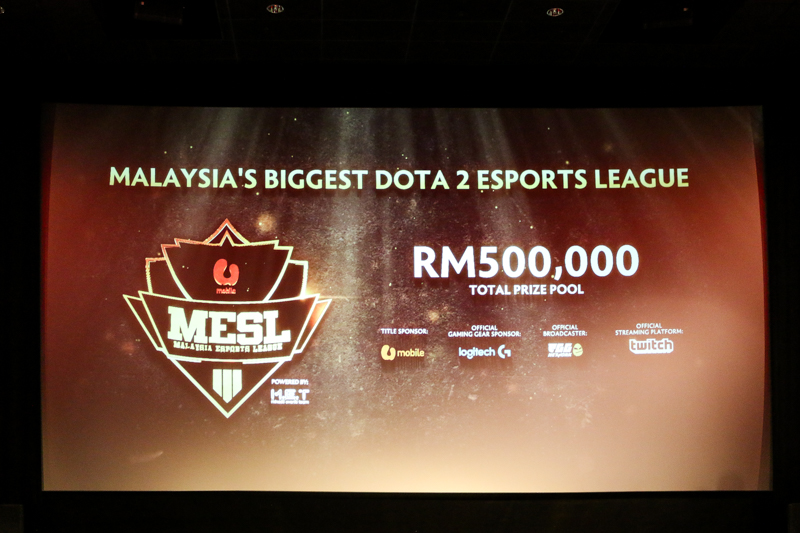 From there, the top eight teams will advance to the playoff stage. Should they pull through, all that’s left is to emerge victorious in the grand finals, and they will be bagging home a bulk of the RM500,000 prize pool.

You don’t necessarily need to win the league to reap the rewards, as Kenchi Yap, Managing Director of Mineski Events Team, mentioned during the MESL press conference that the top 16 teams will be entitled to their share of the prize pool, but declined to mention exact numbers, saying that it will be revealed in due course.

All games from the group stages right up to the grand finals will be broadcasted in Full HD (1,920 x 1,080) on Astro’s eGG network and Twitch.tv. U Mobile subscribers have the added advantage and convenience of streaming the games on their smartphone for free via the Astro GO app, thanks to the telco’s Video-Onz service.

Ready to work your way up to the big league? You can register for the MESL qualifiers beginning today through its official website.