Logitech has added another new peripheral to its growing arsenal of Logitech G equipment, just days after the introduction of the new G610 Orion mechanical keyboard. Called the Logitech G900 Chaos Spectrum, this mouse is equipped with technology that meets the needs of serious gamers. 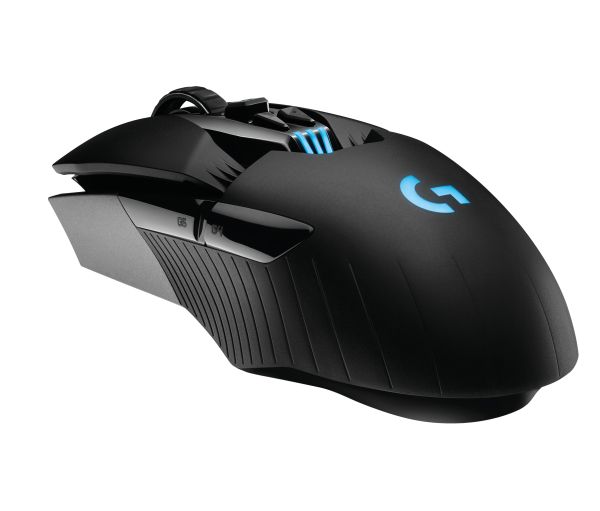 “We talked with eSports pros and none of them love the cable on a wired mouse… They wish they had the freedom of wireless but the performance and reliability of a wired mouse. So that was the design goal we gave our engineers, to build a wireless gaming mouse that was faster than the competition’s wired gaming mice. G900 delivers on this promise, and we're confident it's the best gaming mouse we've ever built,” said K.P. Sim, Country Manager, Logitech Malaysia.

As a wireless device, Logitech has equipped the G900 with a strong 2.4GHz wireless connection. Besides that, the G900 also has strong battery than can last for up to 32 hours on a single charge. Adding to that, the mouse uses a clock tuning technology that intelligently reduces power consumption.

To ensure users always have the edge over the competition, the G900 uses a highly accurate optical sensor that has a Dots Per Inch (DPI) range from 200 to 12,000. Complementing its accurate sensors, the G900 also sports an exceptionally light frame, weighing only 107g.

In addition the G900 was also designed to accommodate left- or right-handed gamers thanks to its ambidextrous design. The G900 can also accommodate a variety grip styles - fingertip, palm and claw. The G900 also has a special metal spring tensioning system for its main left and right buttons, allowing gamers to get a quicker response from their clicks.

The Logitech G900 Chaos Spectrum will be released in mid-April and comes with a retail price of RM699.

Previous Story
Rumor: 2017 iPhone will have a 5.8-inch AMOLED display and look like the iPhone 4
Next Story
ViewSonic launches new VX57 series of gaming monitors