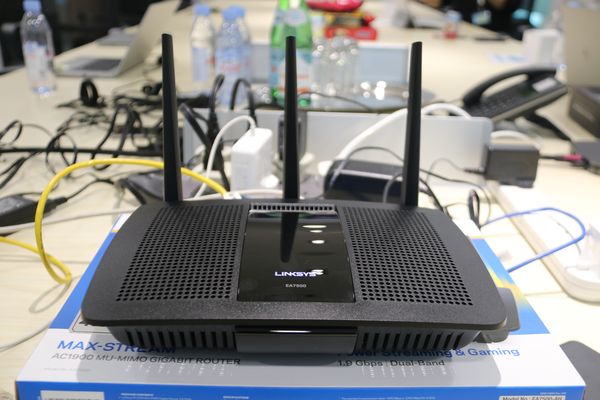 As bandwidth increases, the relevancy of highly-capable routers becomes more prevalent. This is more so in home networks today, where a single router caters to multiple networked devices such as PCs, smart TVs, and smart mobile devices, and the increased popularity of streaming media. Understanding this, Linksys, armed with MU-MIMO technology, launched the EA7500.

The Linksys Max-Stream AC1900 MU-MIMO Gigabit Wi-Fi Router (EA7500), which was launched in Singapore recently, leverages on the popularity of AC1900 routers and enhances it with Multi-User, Multiple Input, Multiple Output (MU-MIMO) technology. To the home user, this translates to a router that promises improved streaming media performance, be it in HD or 4K, especially in an environment where multiple devices are streaming concurrently.

The capabilities of the EA7500 was demonstrated using multiple smartphones, notebooks, and a streaming set-top box. In the demonstration, every MU-MIMO compatible device connected to the router received an equal average speed and a highly stable connection. In contrast, when MU-MIMO was turned off, the connection speeds of each device varied widely and resulted in unbalanced performance.

The test was done with JPerf, an open source tool used to measure network performance. 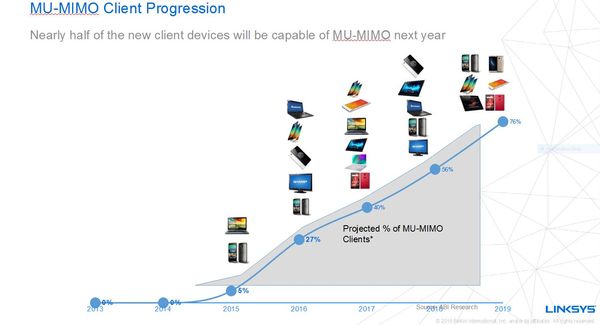 But what if your household is not filled by MU-MIMO compatible devices? Even without MU-MIMO technology, the EA7500 is a very capable router. It has a Qualcomm IPQ 1.4GHz Dual Core Processor, and offers dual-band AC1900 Wireless speeds up to 1,300 Mbps on the 5GHz spectrum, and 600Mbps on the 2.4GHz spectrum, which is a combined speed up to 1.9Gbps. In addition, it has four Gigabit LAN Ethernet ports, one Gigabit WAN, and one USB 3.0 and one USB 2.0 port.

On top of all that, the EA7500 can be managed and monitored remotely on a smartphone or on the web with the Linksys Smart Wi-Fi app or page.

For more on the latest news from Linksys, click here.

Previous Story
GT Sport's Online Mode gets you recognition alongside real motorsport stars
Next Story
A chat with Criteo: Ramadan is a highly lucrative period for e-commerce sites