Updated 14:45, September 14, 2016: We’ve just received confirmation that the PlayStation 4 Final Fantasy XV Luna Edition bundle will be available in Malaysia on November 29, 2016 for RM1,699. The items included in the bundle will be slightly different, though. Gone is the Kingsglaive: Final Fantasy XV Blu-Ray disc and the additional DLCs – taking their place is a PS4 theme, and a monoaural headset. 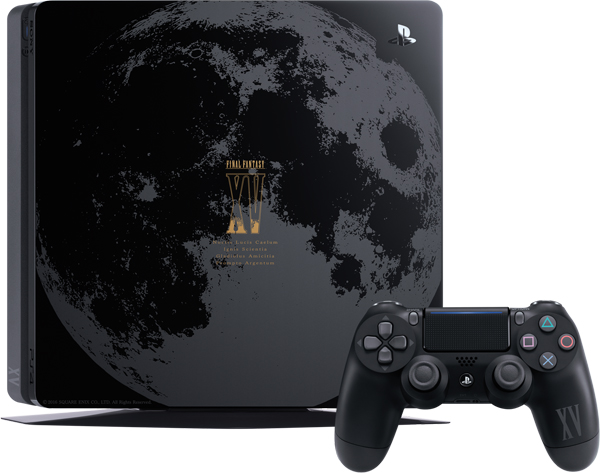 If you haven’t already pre-ordered a copy of Final Fantasy XV – which is scheduled to be available on November 29 instead of its initial release date on September 30 – perhaps you might want to consider going big instead, by getting your hands on the Limited Deluxe Edition Final Fantasy XV PS4 bundle.

Included in the bundle is a 1TB PS4 Slim that features an illustration of the moon on its front, a copy of Final Fantasy XV along with an exclusive Steelbook, the new and improved DualShock 4 controller (with FFXV graphics as well), a Kingsglaive: Final Fantasy XV Blu-ray disc, and a number of DLCs – the Royal Raiment Outfit, Masamune Weapon, and Leviathan Regalia Skin. We’ve yet to receive official word on whether the bundle will be making its way onto our shores, but we’re pretty confident that it will only be a matter of time before your friendly neighborhood game store will begin taking pre-orders. To give you an idea of how much it could possibly cost you, the bundle will be going for US$449 (~RM1,857) in the U.S.

Previous Story
You can pre-order the iPhone 7 now at 11street
Next Story
To the city we go in The Sims 4: City Living expansion