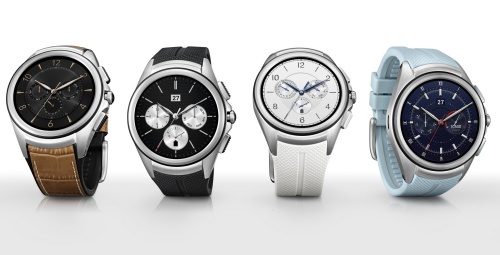 LG is aggressively expanding its wearable portfolio this year with a sneak preview of its latest smartwatch, the Watch Urbane 2nd Edition. It is also the world's first Android Wear device to sport cellular connectivity (4G and 3G) and you shouldn't be confused with its other silbling, the Watch Urbane LTE which runs on the “LG Wearable Platform” based on WebOS.

With cellular connectivity, the Watch Urbane 2nd Edition has the option to connect to 4G or 3G without having to be tethered to a smartphone. You still can pair it with a smartphone (iOS or Android) via Wi-Fi or Bluetooth.

Another key feature is its 1.38-inch full circle P-OLED display which boasts the highest resolution (480 x 480 pixels) of any smartwatch in the market at the moment. It also has a 570mAh battery with Power Saving Mode although there is no information on the battery mileage.

Android Police's sources hit the bull's eyes as the Watch Urbane 2nd Edition does comes with three buttons on the right side of the wearable. LG states that the three buttons will provide quick access to shortcut settings such as contacts, LG Health and apps list. The crown button can enable or disable Ambient Mode.

LG states that the Watch Urbane 2nd Edition will hit the US and Korean markets first followed by Europe, CIS, Asia and the Middle East. It comes in four colors: space black, opal blue, luxe white and signature brown.