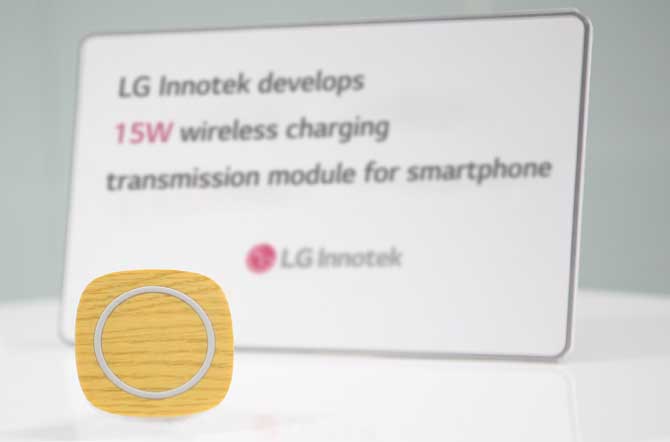 Doing away with connectors and cables is without doubt the biggest benefit of wireless charging. But somehow, despite the tech being in the market for years now, wireless charging hasn’t really taken off in a big way. Perhaps that’s because manufacturers couldn’t make up their mind over which standards to use, or consumers simply can’t be bothered with wireless charging cases.

Of course, wireless charging also has a stigma of being slow. Samsung attempts to improve this with its Fast Wireless Charging tech, and thankfully, the Galaxy smartphone maker isn’t the only one. The latest news to come out of Korea is that LG Innotek has developed a 15W wireless charging module, which is three times faster than typical 5W solutions. Imagine topping up your smartphone’s charge to 50 percent in just 30 minutes.

Regarding compatibility, according to LG Innotek, the new tech interoperates with shipping 9W receiving modules and plays nice with WPC 15W and PMA 5W standards currently used in smartphones. It also adheres to standards set forth by both the WPC and AirFuel Alliance.

Who knows, maybe this is the tech that will finally convince Apple to adopt wireless charging in its next iPhone.