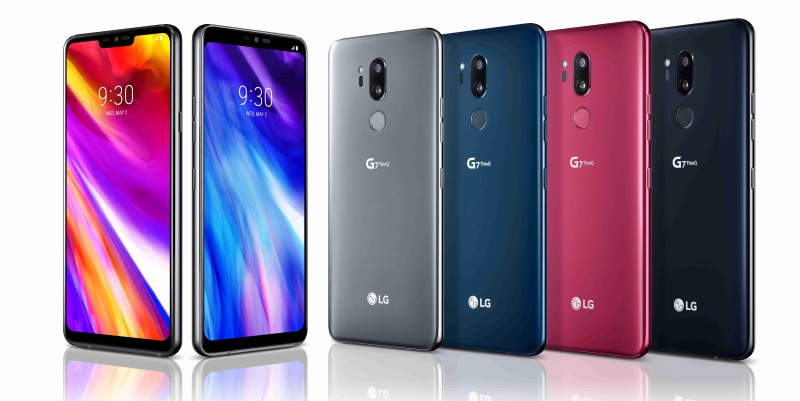 After weeks of leaks and rumors, LG finally unveiled its latest flagship smartphone, the G7 ThinQ.

One of the main highlights of the G7 ThinQ is the new 6.1-inch QHD+ (3,120 x 1,440 pixels) 19.5:9 FullVision LCD display which can deliver up to 1,000 nit of brightness and 100% DCI-P3 color gamut. With the Super Bright Display, you can easily view content on the G7 ThinQ even under direct sunlight. You also can set 6 different viewing modes (Auto, Eco, Cinema, Sports, Game and Expert) to suit different usage scenarios. Alternatively, you can adjust the screen temperature and RGB levels individually.

Similar to the Apple iPhone X, Huawei P20/P20 Pro and Vivo X21, the G7 ThinQ has a notch which it brands as the New Second Screen. You can choose to retain the notch or hide it by blacking out the notification bar. You also can customize the color of the notification bar.

Another highlight of the G7 ThinQ is the new design aesthetic; LG uses a polished metal rim with Gorilla Glass 5 on both the front and back. The chassis is also rated IP68 for water and dust resistance, and meet the requirements of MIL-STD 810G tests.

LG also upgrades the cameras on the G7 ThinQ to stay competitive with the likes of the Samsung Galaxy S9 and Huawei P20/P20 Pro. The dual-camera module on the rear consists of a 16MP f/1.9 super wide angle lens and a 16MP f/1.6 standard angle lens. The front-facing camera is made up of an 8MP f/1.9 wide angle lens. The new cameras have several new features and improvements:

The G7 ThinQ is the first smartphone to sport a Google Assistant hardware key below the volume controls. A simple tap will launch the Google Assistant while two quick taps will launch Google Lens. The use of Super Far Field Voice Recognition (SFFVR) and a highly sensitive microphone on the G7 ThinQ means that you can voice command from up to 5m away.

Audio experience is still a key focus for LG as the G7 ThinQ comes with a Boombox speaker which uses the internal space of the phone as a resonance chamber to deliver double the bass. The G7 ThinQ is also the first phone to offer DTS:X to deliver virtual 3D sound for all content and up to 7.1 channel audio with earphones.

Other specs of the G7 ThinQ include a Qualcomm Snapdragon 845 mobile platform, a 3,000mAh battery which supports Quick Charge 3.0 and wireless charging, Android 8.0 Oreo, Bluetooth 5.0 BLE, NFC, USB Type-C 2.0, FM radio, and Hi-Fi Quad DAC. The phone will be available in two models:-

LG will launch the G7 ThinQ in South Korea in the next few days followed by major markets in North America, Europe, Latin America and Asia. Pricing and purchase details will be revealed by the individual markets closer to the date of availability.