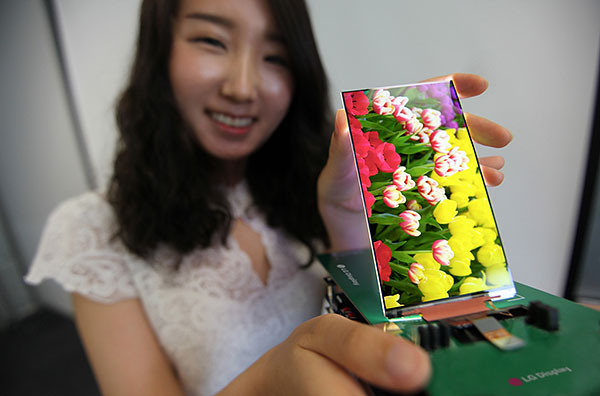 LG Display has announced a 5.2-inch LCD panel that it says is the world’s slimmest full HD panel for smartphones. Besides measuring just 2.2mm thin, the new IPS panel also has a very narrow 2.3mm bezel. Other specs include a maximum brightness of 535 nits, and an ambient contrast ratio of 3.74:1 (based on 10,000 lux of ambient illumination).

According to LG, this panel is possible thanks to the company’s advanced One-Glass-Solution (OGS), which is being used for the first time. In addition, ‘Dual Flexible Printed Circuits’ are inserted between the panel and touch film, and this reduces the number of lines on the panel by more than 30%. And brightness is improved as a result of a direct bonding between panel and touch film.

So, will this panel be making its debut on the LG Optimus G2? All signs (5.2-inch, thin bezels) suggest that’s the case.