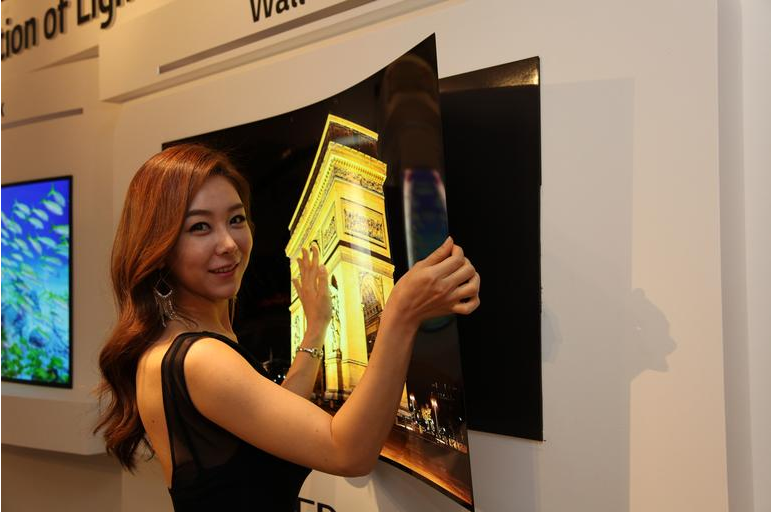 LG Display has unveiled a 55-inch OLED panel that is just 0.97mm thick and weighs just 1.9kg. The TV can be stuck to a wall with the help of a magnetic mat. To remove the display from the wall, you just peel the screen off the mat. For comparison, LG's current 55-inch OLED panel is 4.3mm. 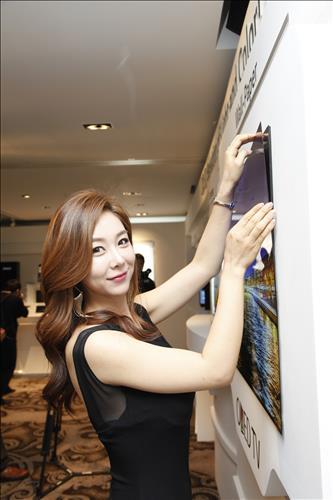 Yeo Sang-Deog, the head of LG Display’s OLED division, said, "It has taken a year and half for us to raise the yield to this level (for OLEDs), while it’d taken nearly 10 years to achieve the yield for LCDs." Availability for the display looks set for Q4 2015 or early 2016, with Yeo saying, "We should be able to supply a satisfactory volume to our clients from July or August, which means we’re hoping to buckle down production as well as promotion from the third quarter."

Yeo also said that LG Display will keep its focus on large screens, with a plan to introduce an OLED panel as big as 99 inches within this year. The company has already released its 55-inch, 66-inch and 77-inch OLED models earlier in the year.

It will also continue to upgrade its plastic OLED technology in the small- to mid-sized segments, such as transparent displays and rollable and flexible displays to be used for wearable devices or vehicle dashboards, according to Yeo.