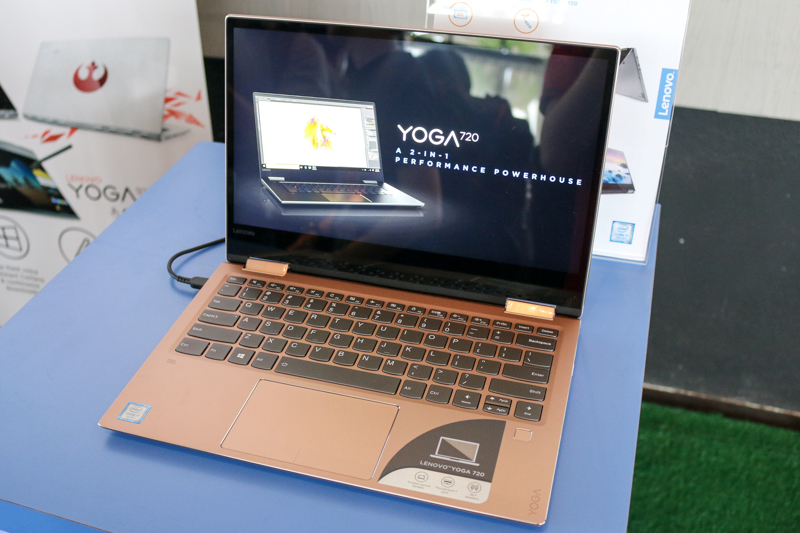 The rather expensive Star Wars Special Edition Yoga 920 wasn’t the only notebook that Lenovo introduced earlier today, as the company also took the opportunity to launch the decidedly more affordable Yoga 720 and Yoga 520 as well.

We’ve already covered the specifications of both the Yoga 720 and Yoga 520 in detail back when they were first announced during MWC 2017, but allow us to give you a quick recap. 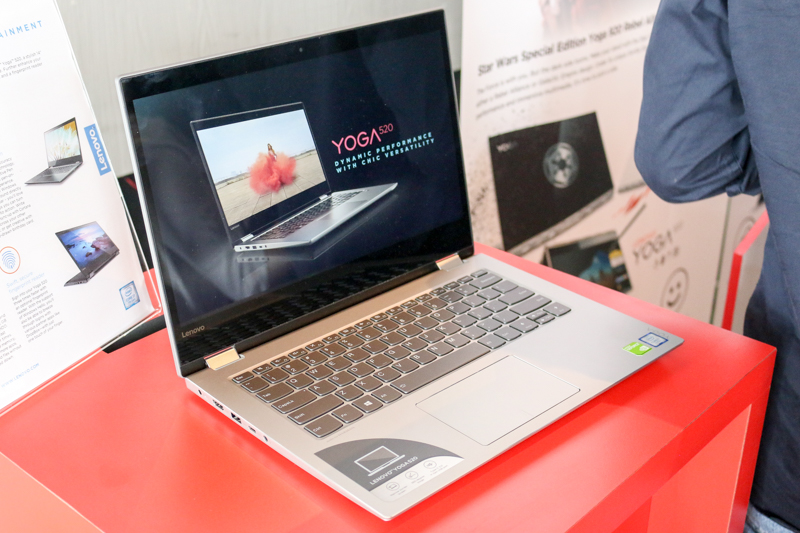 We’ll kick things off with the Yoga 520, which is available in either a 14-inch 720p (1,366 x 768) touch display, or a sharper Full HD (1,920 x 1080) IPS touch display. If budget permits, you can have it equipped with a 7th generation Intel Core i7 processor, NVIDIA GeForce 940MX GPU, up to 16GB of DDR4 RAM, and a storage combo that comprises a 512GB PCIe SSD and a 1TB HDD. The Yoga 520 also comes with creature comforts such as Harman speakers, and a Windows Hello-compatible fingerprint scanner.

The Yoga 520 has a decent selection of connectivity ports, too, which include a USB Type-C port, two USB 3.0 ports, a HDMI port, an audio jack, and a 4-in-1 card reader. Lenovo says that the Full HD variant of the Yoga 520 should be able to get up to 10.4 hours of battery life from its 52.5WHr polymer battery. 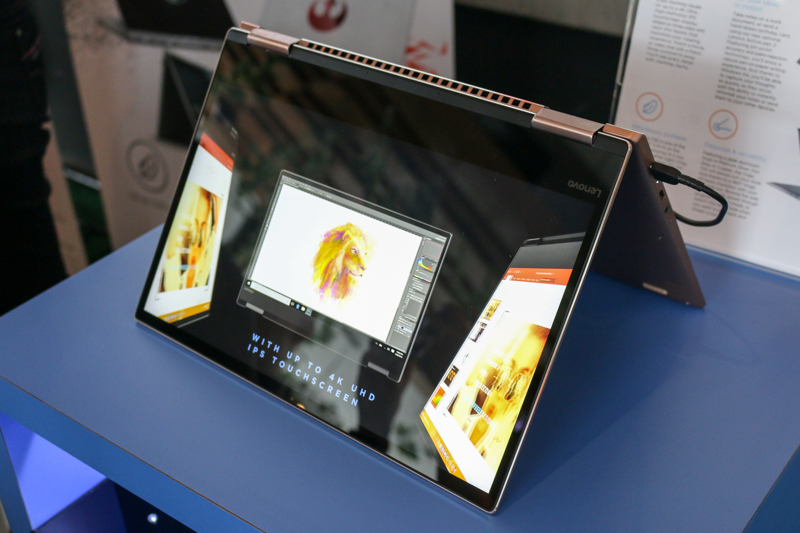 Up next, we have the 1.3kg-light and 14.3mm-thin Yoga 720, which can be configured with either a 13.3-inch Full HD or UHD (3,840 x 2,160) IPS touchscreen. Regardless of your preferred display option, you can opt to have a 7th generation Intel Core i7 processor fitted underneath the hood, alongside Intel HD Graphics 620, up to 16GB of DDR4 RAM, and a 1TB PCIe SSD. The Yoga 720 also comes replete with JBL speakers with Dolby Audio Premium technology, and a backlit keyboard for you to get work done in pitch black darkness.

Both the Lenovo Yoga 520 and Yoga 720 can be purchased today from Lenovo Exclusive Stores, Lenovo Multi Brand Stores, and Lenovo’s Lazada Store, with prices beginning from RM2,799 and RM5,599, respectively.