Kingston announced that they had the second-most number of Solid State Drives (SSDs) in the market around the world in 2016. 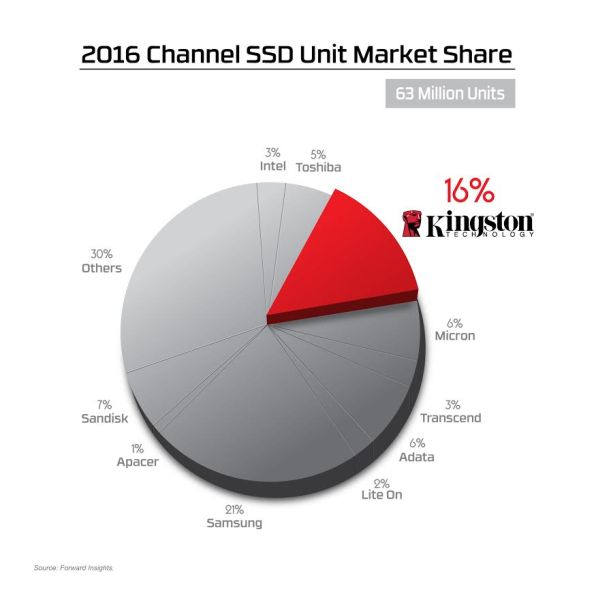 According to research firm Forward Insights, Kingston has shipped close to 10.1 million units of SSDs in 2016. This meant they owned about 16 percent of all SSDs around the globe at the time. These channels covered solution providers, system builders, retail/e-tail, resellers and distributors.

Kingston cited that their sales of SSDs were better due to their great relationship to channel partners around the world. Many customers also displayed interest to upgrade to SSDs due to the performance boosts and benefits from Hard Disk Drives (HDDs).