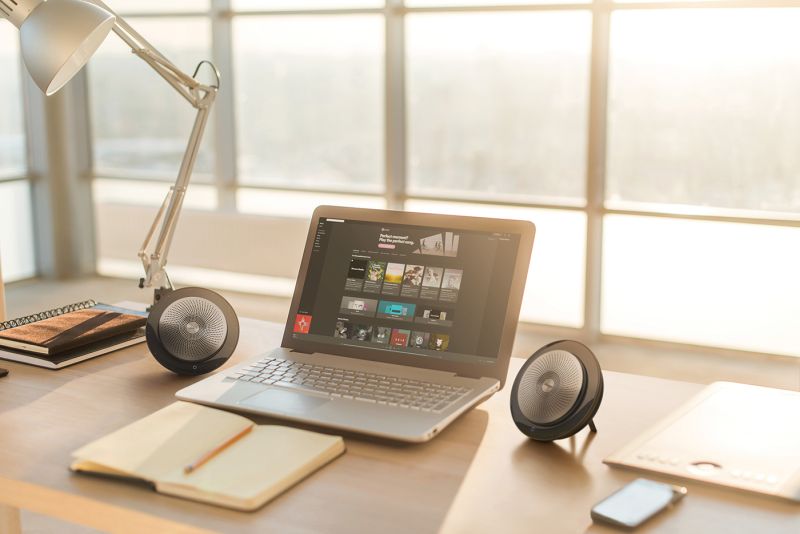 Designed for the business executives who seek a conferencing device that is both professional and personal, the Speak 710 utilizes an Omni-directional microphones that is capable of picking up the sounds and voices of up to six in-room attendees. To complement its portable nature, the Speak 710 can also boast a 15 hour battery lifespan, so users won't have to worry about the speakerphone dropping out of calls.

“People are increasingly choosing light-weight and compact products that provide portability and ease of use. Research has shown that the majority of conference phones are actually used for personal use. The Jabra Speak 710 offers extended mobility and combines it with an immersive audio and true music experience. This makes the device the perfect partner and music companion for business leaders and C-level executives,” states Holger Reisinger, VP for Business Solutions at Jabra.