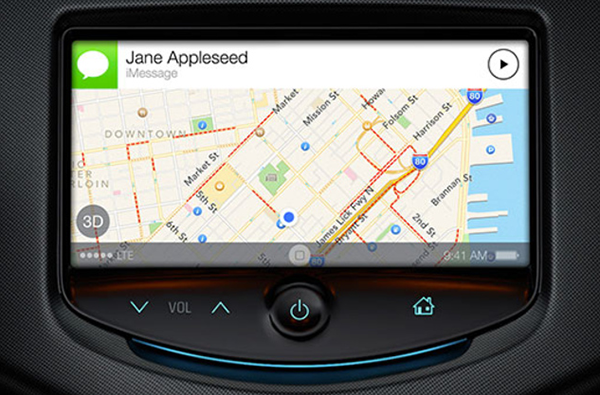 Updated 3/3/2014 at 4:00pm - Apple has confirmed that CarPlay (formerly known as 'iOS in the Car') will be coming to cars soon and that cars from Ferrari, Mercedes-Benz and Volvo will premiere this new feature at the Geneva Motor Show. Other automakers that have signed on include BMW, Ford, General Motors, Honda, Hyundai, Jaguar Land Rover, Kia, Mitsubishi, Nissan, Peugeot, Suzuki, Subaru, Citroen and Toyota.

According to reports, Apple's iOS in the Car could finally be launched next week at the Geneva Motor Show. Ferrari, Mercedes-Benz and Volvo are said to be amongst the first automakers to feature this new technology from Apple with many others set to join suit.

Apple first previewed iOS in the Car last year at their Worldwide Developers Conference with features such as message, maps, phone and music. The OS can also be controlled using SIRI. Other automakers said to be interested include Nissan, Honda, Kia, Hyundai and Jaguar.

The launch could also coincide with the release of iOS 7.1 - the first major update to iOS 7 since its release last fall.

Previous Story
Kickstarter Passed US$1 Billion in Pledges from Over 5.7 Million Backers
Next Story
Gaming and Mobile Audio Enhanced with ASUS' Cerberus Headset