Persatuan Pengendali Internet Malaysia, or Malaysia Internet Exchange (MyIX), reported that internet traffic that traversed in Malaysia has hit the 170Gbps mark. This is based on the highest peak traffic recorded on a particular day on a monthly basis.

In August 2016, internet data exchange that transversed over the National Internet Exchange nodes reached a new high point of 170.474Gbps, the highest ever recorded in the country’s history. There is also a year-on-year growth of 57 percent and a Compound Annual Growth Rate (CAGR) of 56.6 percent since 2012.

Chiew Kok Hin, Chairman of MyIX, said, “Throughout 2016, peak points for each month have exceeded the 100Gbps mark. This is not surprising given Malaysia’s current Internet landscape which is driven by improved data plans, mobile Internet, video content, Cloud computing and not forgetting more companies agreeing to peer with MyIX. In 2016, we had 5 more companies joining the peering network,” Chiew Kok Hin, Chairman of MyIX, said. 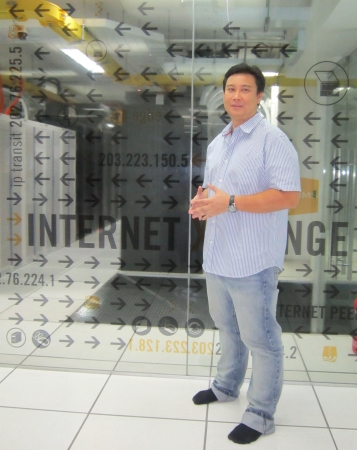 MyIX is also marking its 10th anniversary with the upcoming Peering Forum which will see a number of presentations and tutorials addressing various industry issues. The forum will be followed by a three day workshop on Network Security conducted by the Asia Pacific Network Information Centre (APNIC). More information on this can be found on the MyIX website.