Intel's next-generation Extreme processors to use LGA 2066 Socket, launching in 2017

Intel's next-generation Extreme processors to use LGA 2066 Socket, launching in 2017 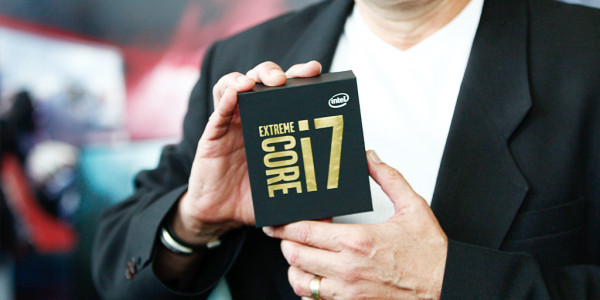 It seems some information on the Intel’s upcoming Extreme CPUs have leaked on to the internet.

According to the Taiwanese based site Benchlife, Intel is reportedly preparing two brand new Extreme CPUs, which are dubbed as Skylake-X and Kaby Lake-X. Both CPUs will be based on different architectures, but both CPUs will reportedly be supported by the company’s upcoming Basin Falls-X LGA 2066 Socket. 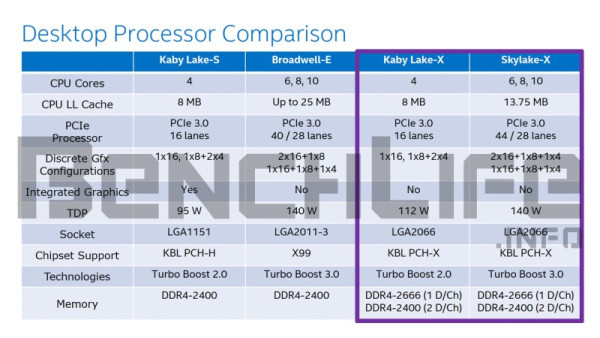 Based on the charts provided by the site, the Skylake-X family of CPUs will be getting three different SKUs: 6-core, 8-core, and 10-core CPUs, and each SKU will have TDPs rated at 140W. Additional information suggests that the Skylake-X chips will have 44 PCIe Gen 3.0 lanes.

On the subject of Kaby Lake-X, it seems that the CPU will have a rated TDP of 112W, as well as be based on the 14nm node. Surprisingly, the chart lists only one SKU under the CPU, which could mean that we could only be looking at a Core i7 and Core i5 models in the future.

No official release date has been given by Intel, but the semi-conductor giant did hint at a possible release during the second half of next year.