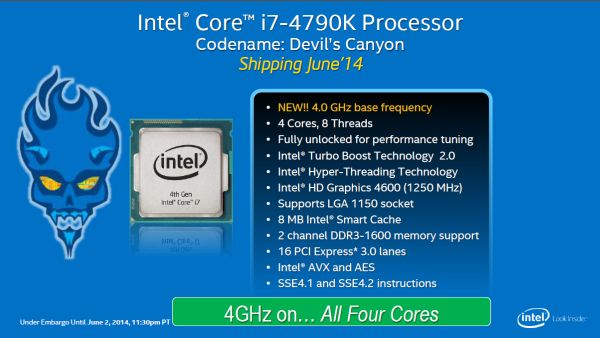 Intel has officially announced a brand new Core Architecture CPU at COMPUTEX 2014. The new CPU, codenamed Devil’s Canyon, is the next-generation unlockable CPU chipset meant to replace Haswell. During the convention, Intel debut the Core i7-4790K variant of this new chipset, along with an overclocking demonstration.

The CPU will be clocked at 4GHz, but due to its unlockable nature, Intel has said that this CPU can be overclocked to a top speed of 4.5GHz. 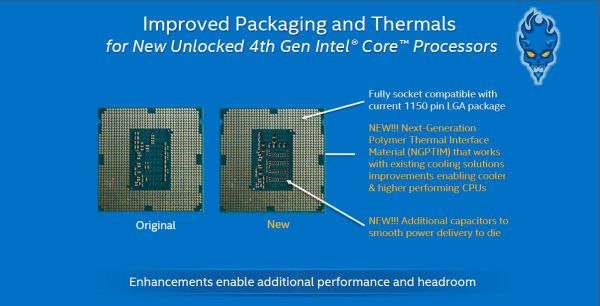 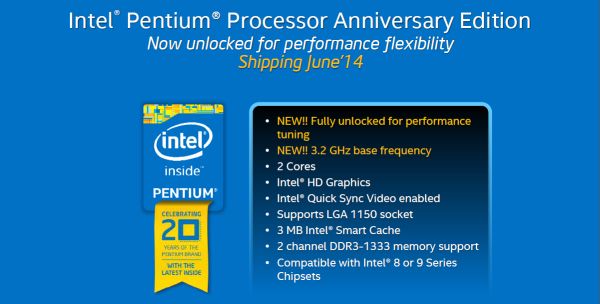 Additionally, Intel’s Lisa Graff, Vice President and General Manager, Desktop Client Platforms, also announced the availability of an Anniversary Edition of Intel’s Pentium Processor. The new Pentium processor was announced to commemorate the company’s 20th anniversary of the Pentium brand. Like Devil’s Canyon, the new Pentium processor will also be unlockable and will come with:

While it was not mentioned, there is a good chance that Intel will be debuting another Devil’s Canyon CPU during COMPUTEX 2014: the Core i5-4690K. At this point, we have no official statement from Intel themselves about this CPU, but do check back later to find out.