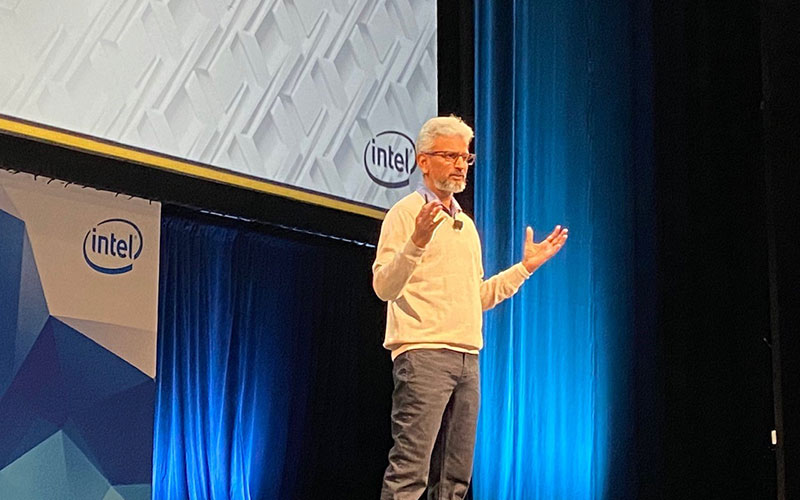 Intel has revealed the first product to be based on its Xe graphics architecture. Dubbed "Ponte Vecchio", after a medieval arch bridge in Florence, Italy, the new graphics card was designed to be a highly flexible general-purpose GPU for high-performance computing (HPC) modelling, simulation workloads and AI training.

However, Intel doesn't intend to just stop there. Raja Koduri – in his new role as Chief Architect and general manager of Architecture, Graphics, and Software at Intel – said that Intel will have a single Xe architecture comprising of different sub-architectures that will allow it to target different applications and market segments. The Santa Clara company plans to cover everything from integrated graphics to the data center and HPC sector, and the Xe architecture will be adapted accordingly.

In fact, Intel has its eye on consumer graphics cards too. So yes, Intel will eventually make a gaming GPU at some point, and that card is expected to be revealed as soon as next year.

For now, Ponte Vecchio will debut in the Aurora supercomputer at Argonne National Laboratory in 2021. The supercomputer will be the first exascale system in the US to utilise the full breadth of Intel's data-centric technology portfolio, featuring the Xeon Scalable platform, Xe architecture-based GPUs, Intel Optane DC persistent memory, and other connectivity technologies. 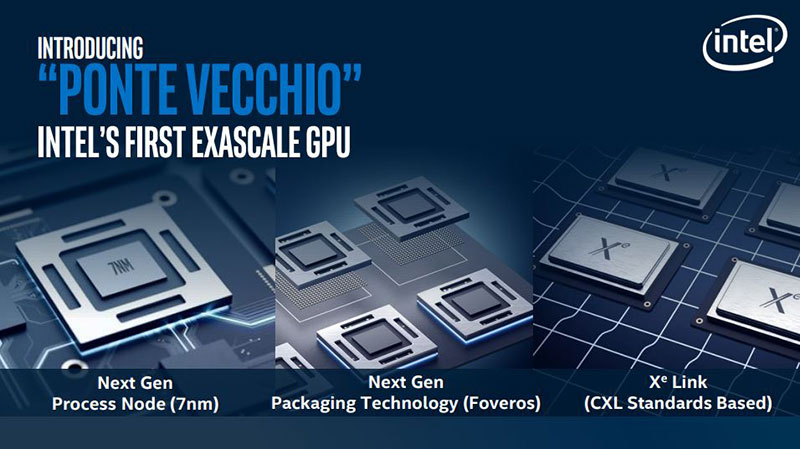 Ponte Vecchio will be manufactured on the 7nm process and utilise Intel's Multi-Chip Module (MCM) design that comprises multiple compute units linked via an interconnect fabric. These modules also rely on Intel's Foveros chip-stacking technology, a 3D stacked die design that enables the use of larger process nodes for things like the I/O die and even the mixing and matching of various components. Elsewhere, Embedded Multi-Die Bridge (EMIB) tech is used to link the chiplets together.

Meanwhile, the Aurora supercomputer will be outfitted with six such Ponte Vecchio GPUs and two 10nm Sapphire Rapids Xeon Scalable processors in a single node.

Previous Story
U.S expected to delay Huawei full ban for another three months
Next Story
The ASUS RT-AX88U has become one of the first routers to receive Wi-Fi 6 certification