Intel: Inside the idea of the Internet of Things

Intel: Inside the idea of the Internet of Things

The Internet of Things (IoT). Love it or leave it, the term has long since evolved from what was initially an idea, and blossomed into a reality that has already seen implementation in select cities around the world, the earliest cities being Chicago and Santa Clara in the U.S.

What is IoT, you ask? Well, the simple gist of it is the Internet being ever present in everything. Your mobile device is, in an inaccurate example, a form of IoT: constantly connected, running a specific set of apps, and even able to control some external devices, such as a wireless IP camera that has been strategically located in a home.

If you remember in our report coverage of Intel’s APJ Future Showcase that was held in Singapore, you’ll understand that the company has long been invested in the idea of actually running not just devices, but entire infrastructures using IoT. To put it in another way: the same technology that allows us to monitor the situation at our home, is now being applied on a broader spectrum of devices, with Intel going so far as experimenting the use of IoT as a mean of controlling an entire building. 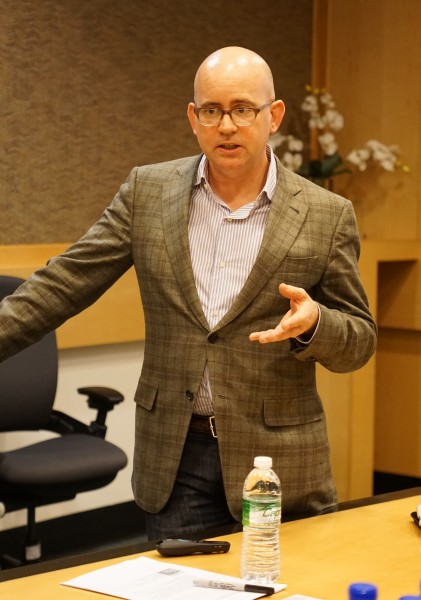 Jonathan Ballon, Vice President, General Manager, Internet of Things Group, Intel Corporation, explained that, based on Moore’s Law, the level of technology in today’s world has now allowed them to create devices and systems that gather massive amount of data and information from a specific task. From that wealth of information, those same systems can then be made to act both accordingly and appropriately in handling a situation. 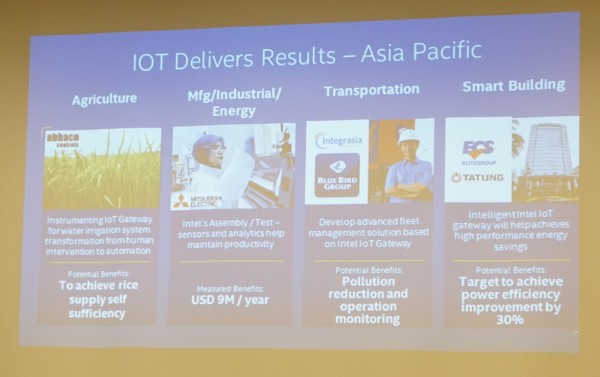 Once again, to put it in another way: Imagine a paddy field in Malaysia. On the field, workers have to manually irrigate the fields. They have to maintain a steady water control, which means that the water level needs to be kept at a certain volume. Too much, and the paddy plants drown. Too little, and they die of thirst. With permission from the Ministry of Agriculture, Intel created a pilot paddy field, where the entire area was automated. The end result was sensors that would detect when water needed to fill up the fields, and direct feed of the field’s status that linked back to the field’s headquarters. There were many forms of implementation of IoT that were talked about, but there were only a few live demos that were shown to us during the visit to the factory. One demonstration that we got to see (that we didn’t see at the APJ Future showcase) was a very interesting medical device. Effectively, the device could measure your ECG (electrocardiogram), and then gives you a graph that lets you see the rate of which your heart beats. From there, the person performing the demonstration could then select a list of specific ailments, and then shoot it off to the medically-related site for diagnosis. In addition to that, the device was also able to measure the blood sugar level of an individual (our writer chickened out when a volunteer was requested, on account of his fear of needles), and even find out if he’s in need of medical attention or not.

All in all, the trip to the event was eventful, and we did learn a little more about the whole IoT concept. And with Intel already pushing for a wider implementation of the system, it’s only a matter of time before we’ll start seeing more cities and countries adopting this new wave of technological evolution.