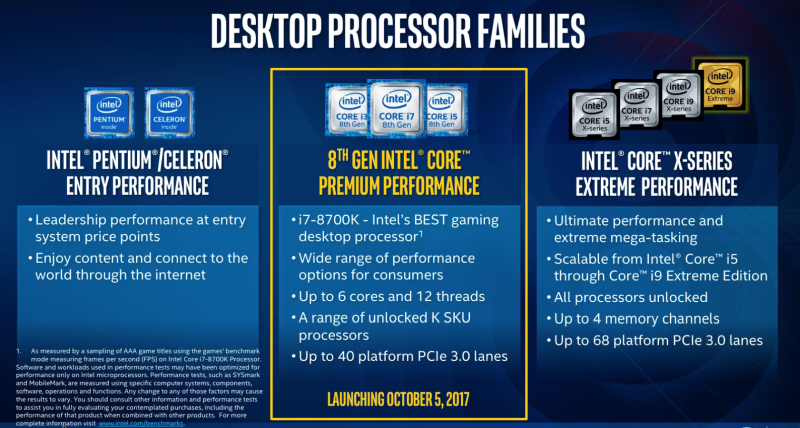 Intel has officially broken its silence and announced its new 8th generation Coffee Lake processors to the world.

As the succeeding generation to last year’s 7th generation Kaby Lake CPUs, the new Coffee Lake is expected to perform at least 10 percent better than its predecessor, with up to 25 percent more framerates in gaming and a 65 percent increase in editing speed compared to a three year old desktop. In terms of real-time performance, Intel had said that its new CPUs showed a 45 percent improvement in the PC title, Player Unknown’s Battleground (PUBG), versus last year’s Kaby Lake. 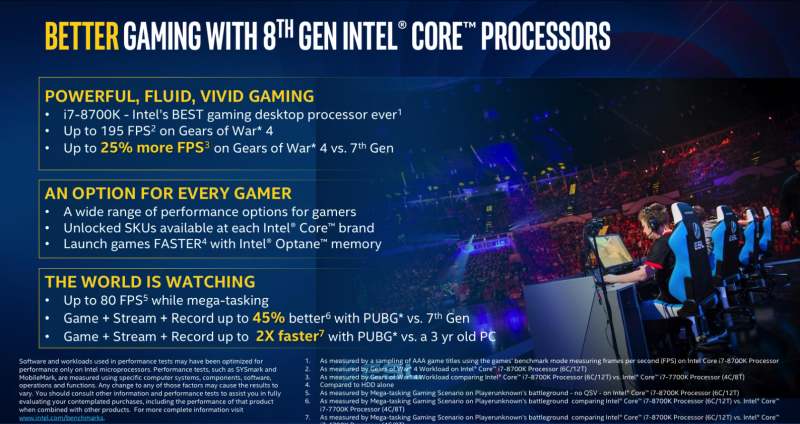 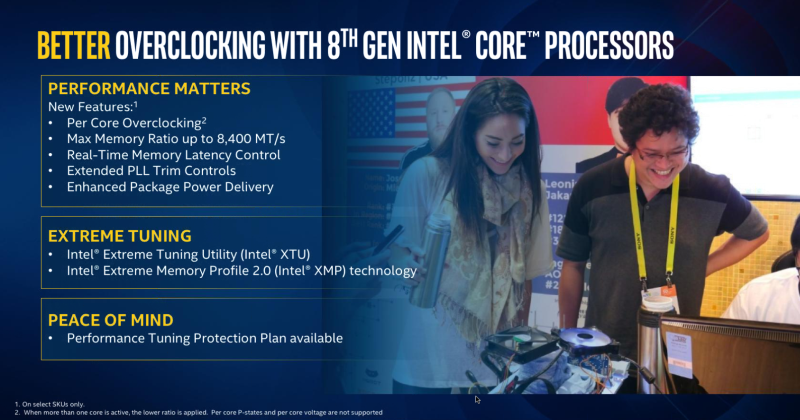 In total, Intel will be releasing a total of six SKUs, with one unlocked CPU in each tier of its Core i7, i5, and i3 processor lineup. Both the Core i7 and Core i5 CPUs will have six-cores (a first for a Core i5), while the Core i3 SKUs will ship out with 4-cores under its lid (yet another first for a Core i3 CPU). For its highest iteration, the Core i7-8700K, the CPU will have a 6-cores, 12-threads layout. 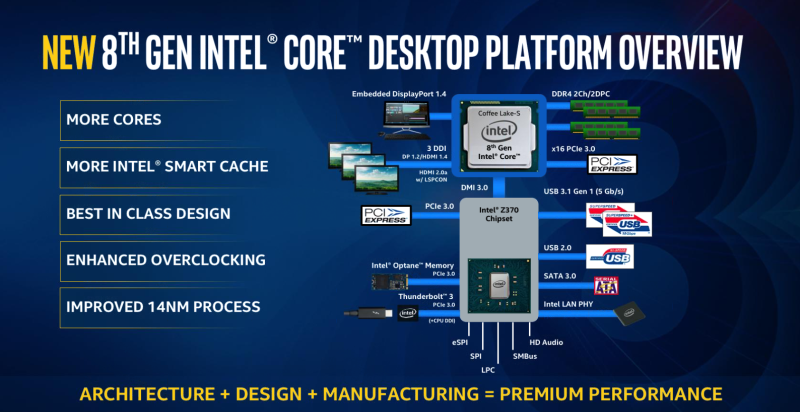 Consumers can also expect the new processors to have as many as 40 PCIe 3.0 lanes (16 from the CPU, 34 from its new Z370 chipset), giving them plenty of options for multi-GPU configurations, M.2 SSDs, an Intel Optane Memory configuration, and still with a few lanes to spare at the end. 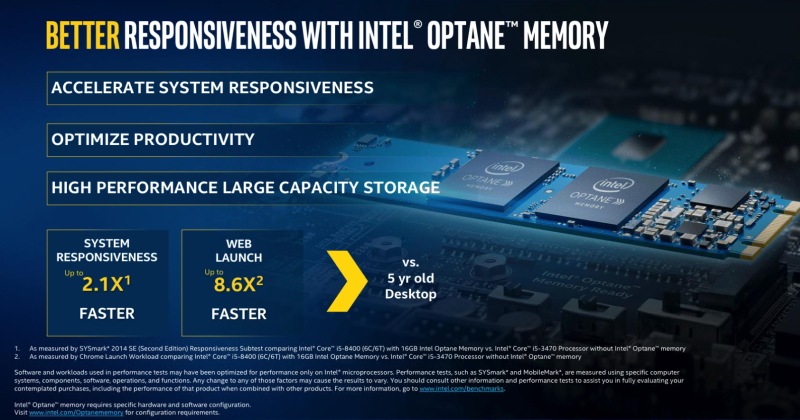 On the latter, Intel says that it has also updated, improved, and optimized the use of Intel Optane Memory with Coffee Lake, with boot-up times twice as fast and browser launching nearly eight times faster than a PC that is five years old. 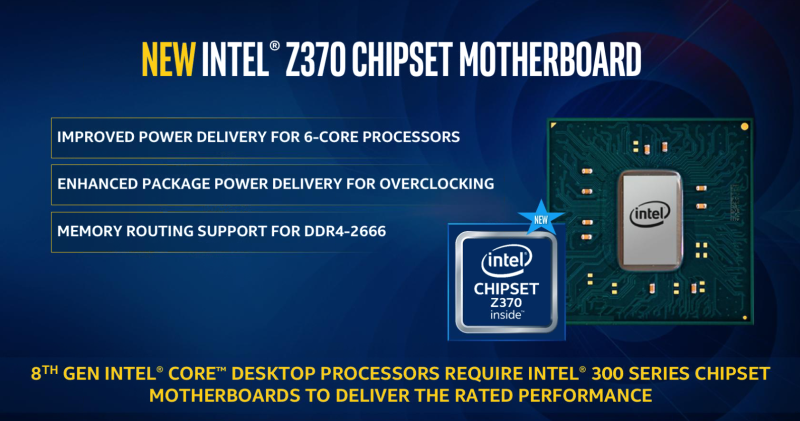 For the majority of the CPUs, some of them will have up to a 12MB Intel Smart Cache, but more importantly, consumers will now be able to overclock the unlocked SKUs core by core, with a maximum Memory Ratio of up to 8,400MT/s. 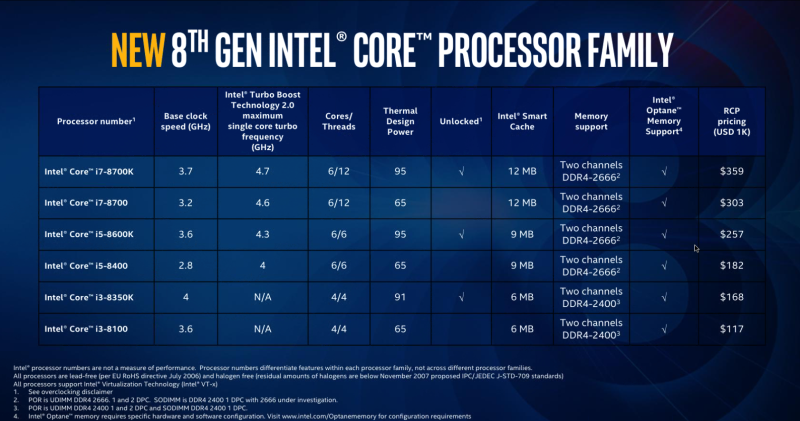