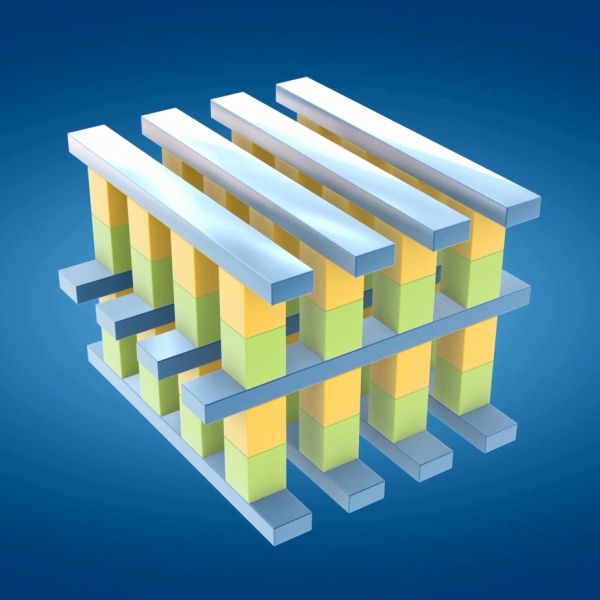 Intel today gave an insight into its latest endeavor with partner Micron Technology (Micron) on the announcement of 3D Xpoint. 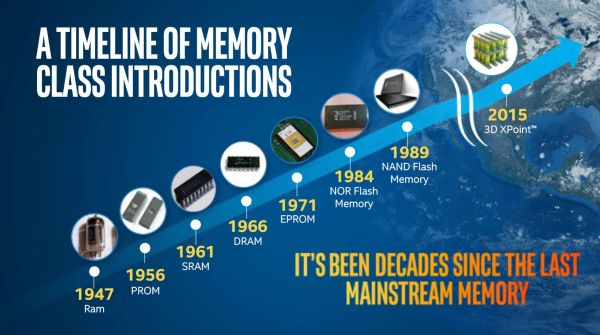 3D Xpoint (pronounced Cross Point) is the first new form of memory ever to be created in the last 25 years, with NAND flash memory being the last (and current) form of memory to be created prior. 3D XPoint technology combines the performance, density, power, non-volatility and cost advantages of all available memory technologies on the market today. The technology is up to 1,000 times faster and has up to 1,000 times greater endurance than NAND, and is 10 times denser than conventional memory. To put things into perspective, the density of 3D Xpoint memory is so much higher than the current NAND flash memory, it is expected to turn up to 44 zetabytes (one zetabyte is equal to one billion terabytes) of data into usable and valuable information in mere nanoseconds. 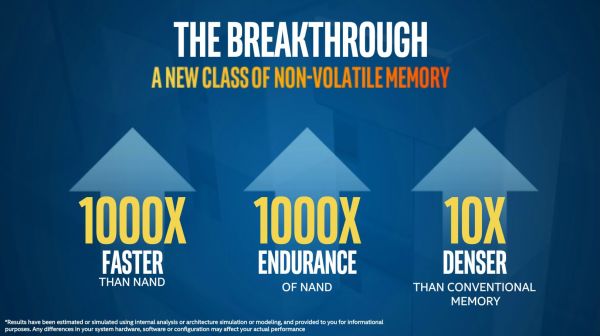 "For decades, the industry has searched for ways to reduce the lag time between the processor and data to allow much faster analysis," Rob Crooke, Senior Vice President and General Manager of Intel's Non-Volatile Memory Solutions Group said. "This new class of non-volatile memory achieves this goal and brings game-changing performance to memory and storage solutions." 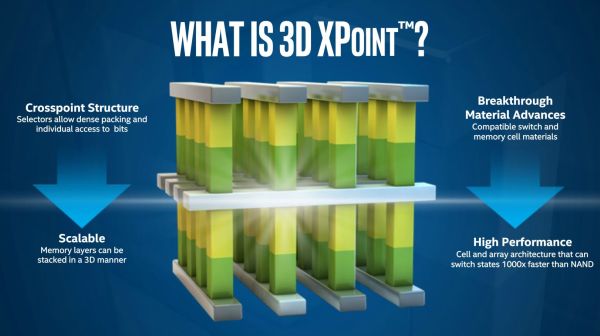 The image that you see above is a cut-out of just a small part of Intel's new 3D Xpoint memory die. As the image suggests, the memory's new checkerboard crosspoint structure is what has allowed Intel to create the memory's dense nature. The three-dimensional checkerboard design allows the memory cells to sit at the intersection of word lines and bit lines, allowing the cells to be addressed individually. The end result is that data can be written and read in small sizes, which leads to faster and far more efficient read/write processes.

The applications for this new memory format is endless, and can be used for a myriad of tasks. One example that Intel cited was how 3D Xpoint could be used to quickly identify fraud detection patterns in financial transactions in real time. Not only that, but  healthcare researchers could also process and analyze larger data sets in real time, accelerating complex tasks such as genetic analysis and disease tracking. 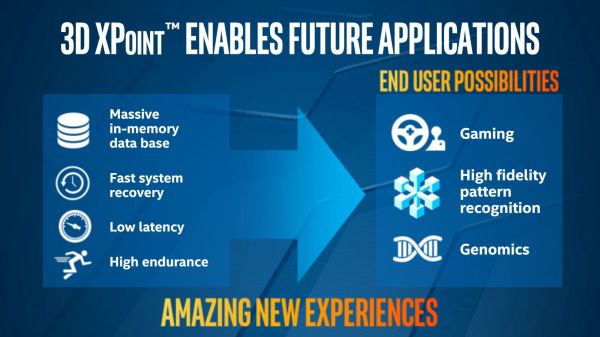 And don't think that Intel has forgotten about the consumers in the PC segment. Crooke stated that with the non-volatile nature of 3D Xpoint, consumers could also enjoy a faster experience on their PCs, be it on social media sites, sites with animation-heavy interaction, and even gaming (be it casually or professionally) in resolutions as high as 8K.

The new 3D Xpoint memory is already being manufactured in Micron's manufacturing plant in Utah, and only a selected group of partners and testers will be chosen by Intel and Micron to test out the new memory format before both companies begin mass production. If all goes well, then Intel will expect the new 3D Xpoint memory format to be released by 2016.