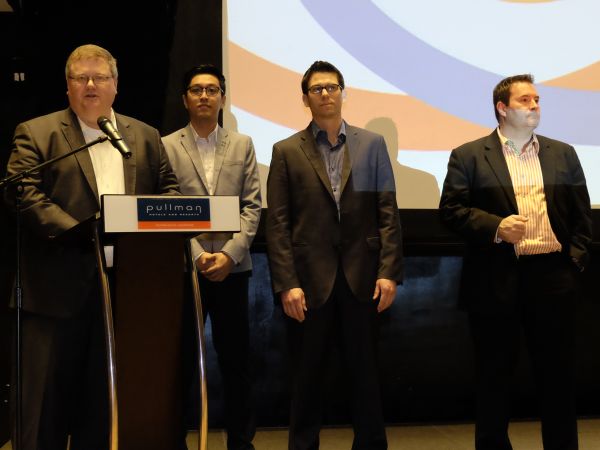 Integrasi Erat Sdn Bhd today announced the signing of a distribution partnership with Zimbra in Putrajaya earlier today. The partnership will allow Integrasi Erat to provide Zimbra products to corporate and government sectors in Malaysia and Brunei.

Zimbra Collaboration, a product that is being marketed by Integrasi Erat, is an open source messaging and collaboration solution that includes email, address book, calendar, file-sharing, and tasks. It is trusted by more than 5,000 companies and public sector customers, and over 100 million end users, in over 140 countries.

Zimbra was initially developed by Zimbra, Inc and first released in 2005. The company was subsequently purchased by Yahoo! in September 2007, and later sold to VMware on January 12, 2010. In July 2013. It was then sold by VMware to Telligent Systems - a company founded in 2004 by Rob Howard, who is a former Microsoft employee, in September 2013. Telligent System then changed its name to Zimbra, Inc. thereafter.