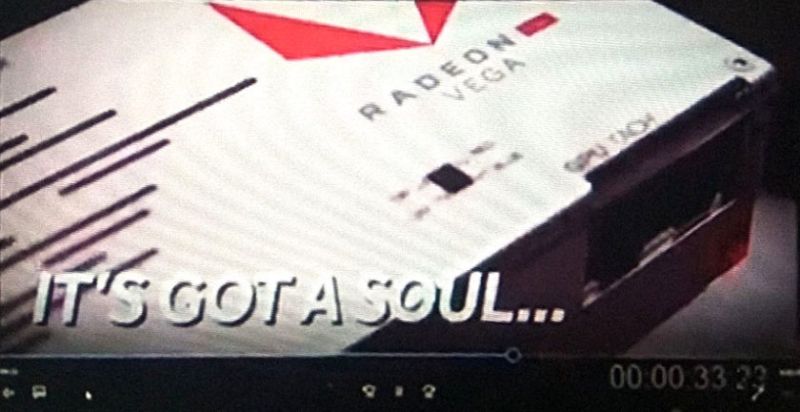 Images of the video, which were posted on Videocardz, gave viewers present a glimpse of what is purported to be a limited edition variant of the Radeon RX Vega. Unlike AMD’s current black-on-black iterations of its current Radeon RX 400 series graphics cards, the image showed a card sporting a silver and (what could be) a brush aluminum metallic design.

As the shots cut to the backplate of the card, the positioning of the GPU and the Radeon RX Vega logo can clearly be seen, along with a dip switch that supposedly allows people to change the color of the GPU load indicator.

Considering the sources of this, we still ask our readers to take this bit of news with a very liberal sprinkling of salt. At least, until AMD officially releases the video that was presented during its tech summit in China.