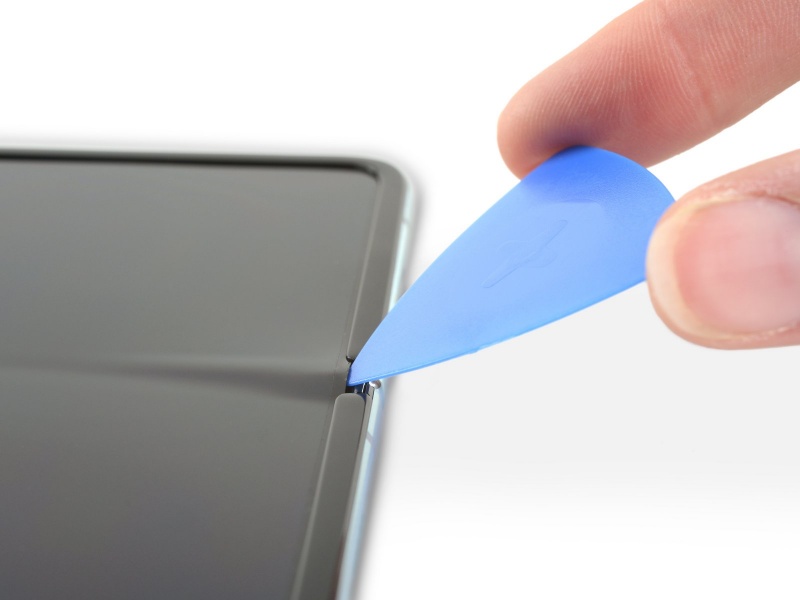 While Samsung's initial findings reveal that the display issues on some Galaxy Fold review units could be associated with impact on the top and bottom exposed areas of the hinge, iFixit thinks otherwise.

According to iFixit, there is a gap where the two halves of the display meet. When folded, the spine is flanked by massive gaps which will definitely attract dirt. Below are some comments from iFixit as it tears down the Galaxy Fold:

This 7 mm gap doesn't seem like a huge deal, but it leaves the display exposed—so should something accidentally enter, it's curtains for the screen. (Oops.)

It's been a while since we've seen a phone with this many gaps, with the industry trending away from moving parts and towards sealed slabs. It'll be interesting to see how future folding designs overcome these weaknesses.

The mechanics involved in the fold are likely to wear over time, causing stress to hinges and display, necessitating eventual replacement.

The lack of protection and fragility of the main display mean you'll almost certainly be replacing the screen before long—a pricey repair.

iFixit also noticed there is no hinge ingress protection. This will allow dust and dirt to enter and rub against the delicate OLED panel, which could trigger display issues like those experienced by some reviewers.

This is somewhat similar to the butterfly keyboard issues plaguing some MacBook users where dust logged under some keys caused them to malfunction or become unresponsive. Apple tried to fix the issue by using a thin, silicone membrane to protect against dust.