LG will be announcing two new gaming monitors at IFA 2017, according to a press release sent out by the company. They’re the 32GK850G and the 27GK750F gaming monitors. 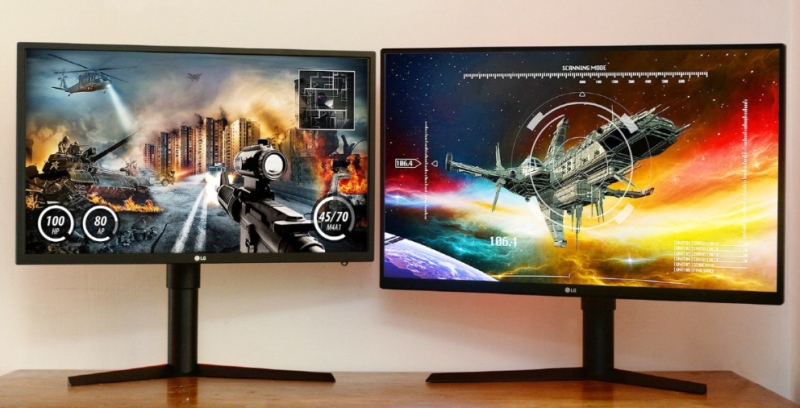 Starting with the 32GK850G, it’s a 32-inch gaming monitor packed with all the features that you’d expect from a monitor with that gaming moniker. Starting with resolution, it’s a QHD (2,560 x 1,440) display with a maximum brightness of 350 nits and a refresh rate of 144Hz, boostable to 165Hz. It’s also got what’s known as Sphere Lighting, which uses LEDs behind the monitor to create soft ambient lighting that decreases eye fatigue. On the flip side, there’s also Black Stabilizer for greater contrast. Finally, there’s the Dynamic Action Sync that minimizes input lag, which can be the difference between reacting in time to an opponent’s moves and letting them land a hit. An added bonus if you’ve got an NVIDIA based system, as this monitor also has support for G-Sync.

Letting you make full use of all these features is an intuitive user interface, and a stand that allows for easy adjustment of the monitor, whether it’s its height, or degree of tilt and swivel. All this, without the need for any tools to attach the monitor to the stand.

Moving on to the 27GK750F, this is a 27-inch FreeSync monitor for AMD based rigs, featuring an amazing refresh rate of 240Hz. You’ll also get Black Stabilizer and Dynamic Action Sync as the 32GK850G, as well as an added feature called Crosshair, which highlights the center of the monitor for FPS gamers looking for another edge in performing no-scope takedowns.