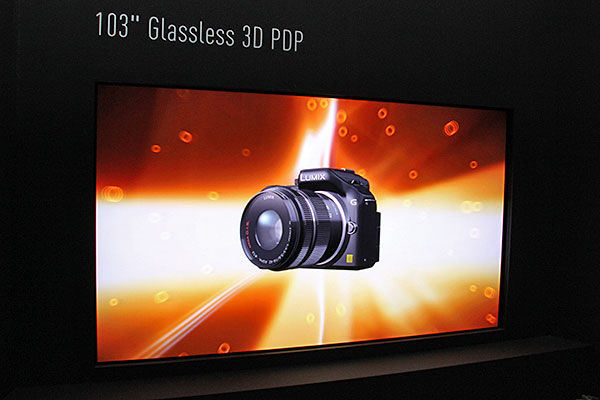 "If Toshiba can do it, we must do it bigger, and better". That's probably Panasonic's creed, judging by the massive glasses-free 3D plasma set unveiled at IFA recently. With a whopping 103-inch screen estate, this massive PDP (plasma display panel) is almost twice the size of Toshiba's current 55-inch RZ1 contender, powered by similar autostereoscopic technologies.

Panasonic's showpiece is likely to be a prototype at this point in time, though we understand that this gigantic screen is also a 4K2K display. However, it is unclear if the company has plans to mass-produce this model for consumers in the near future. With this exhibit (allegedly the world's largest glasses-free 3D PDP), Panasonic has officially dabbled in all three 3D TV technologies to date -  active-shutter, passive, and glasses-free types - each with its own strengths and weaknesses.

Although it isn't dependent of any 3D eyewear, one of the primary issues associated with glasses-free 3D displays are the tight viewing angles which plagues most autostereoscopic models. For these TVs, the stereoscopic effect is achieved via a lenticular filter layered on the TV screen which transmits offset images to the viewer's eyes. Trouble is, viewers are usually limited to a very tight "sweet spot" in order to experience the desired 3D effect.

Preliminary impressions by the folks over at HDTVtest (update: we've confirmed it with our eyes) reveal that this issue is similarly present with Panasonic's 103-inch 3D PDP. 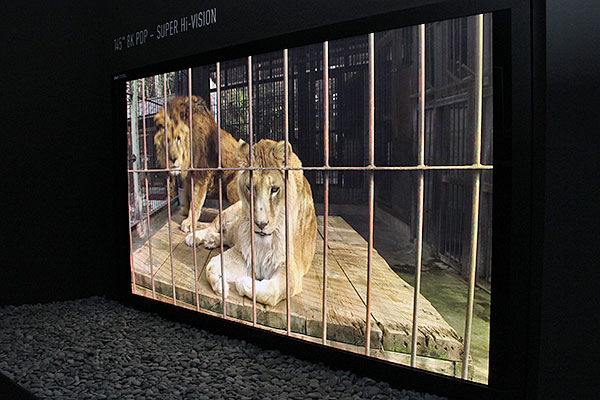