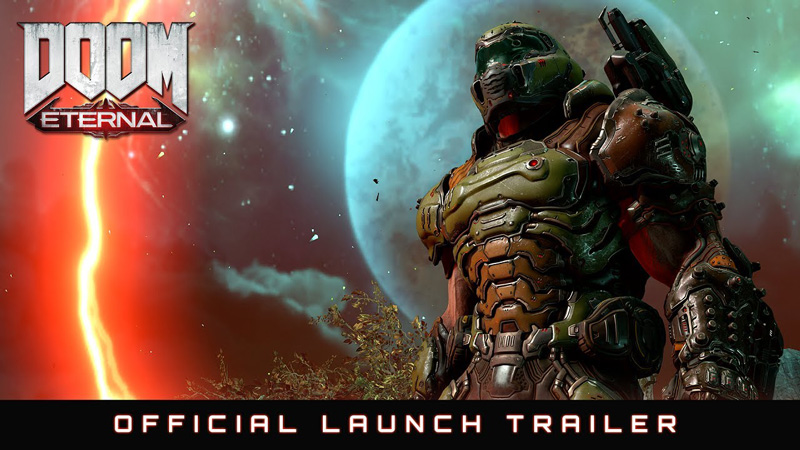 You only have to wait a couple more days to slay demons to your heart’s content!

Bethesda Softworks has dropped the launch trailer for Doom Eternal, and for a game that has had one incredible trailer after another - this one might just take the cake!

Watch the trailer below, but only if you don’t mind spoilers:

Spoiler alert! The trailer shows off a legendary villain in Doom lore: the Icon of Sin. This goat-faced monstrosity was first seen as the final boss of Doom II back in 1994. After that, the demon was last seen in Doom (2016), deep in The Necropolis. At the time, the Icon of Sin was just a giant skull in a wall, and data logs pointed to it being in a deep sleep.

Well, the Icon of Sin isn’t sleeping anymore! We see it at the very beginning of this launch trailer, walking around Earth and then attacking the Doomslayer. We also hear a mysterious female voice say, “There is only one dominant life form in this universe, and it carries a steel-barrelled sword of vengeance.”

Cut to Doomguy cocking his shotgun. This game is going to be great.

Doom Eternal is only a couple days away, releasing on March 20, 2020 on PC, PlayStation 4, Xbox One and Google Stadia. The game will also be released on the Nintendo Switch sometime later.