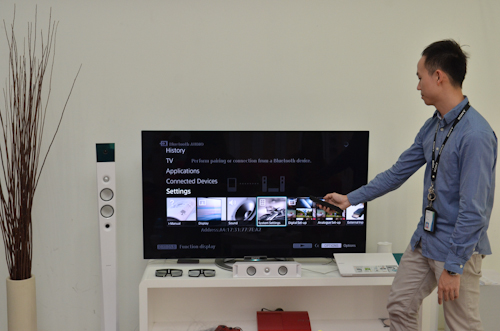 Of these features, the TRILUMINOS technology is the most interesting. Without getting too technical, TRILUMINOS is the use of nanocrystals to emit highly accurate colors. This results in the TV being able to reproduce incredibly accurate colors. We’ve seen the demo footage on the TV and must admit we're impressed, but we can’t say for sure until a unit is available for review. 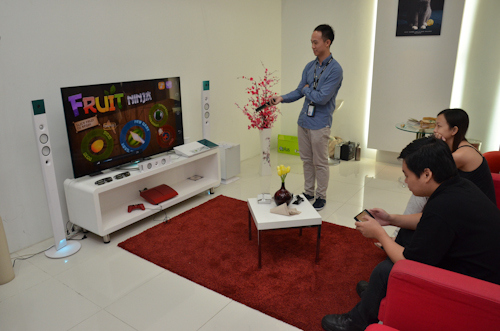 During the preview event, we were also shown the screen-mirroring capabilities of the 55W954A. A Sony Xperia Z was paired with the TV via the bundled NFC remote controller, and just like that, everything that was shown on the Xperia Z was mirrored on the TV. All W-series TVs have the screen-mirroring capability, though depending on the model, pairing is done either via Wi-Fi or NFC.

Here are the 12 W-Series models and their suggested pricing:

Models bearing the W674 till the W804 designation will be available sometime in April, while the W904 series will only be available in May 2013.

For the latest Sony news, please follow us here.