HP unleashes a torrent of A3 multifunction printers in Malaysia

HP unleashes a torrent of A3 multifunction printers in Malaysia 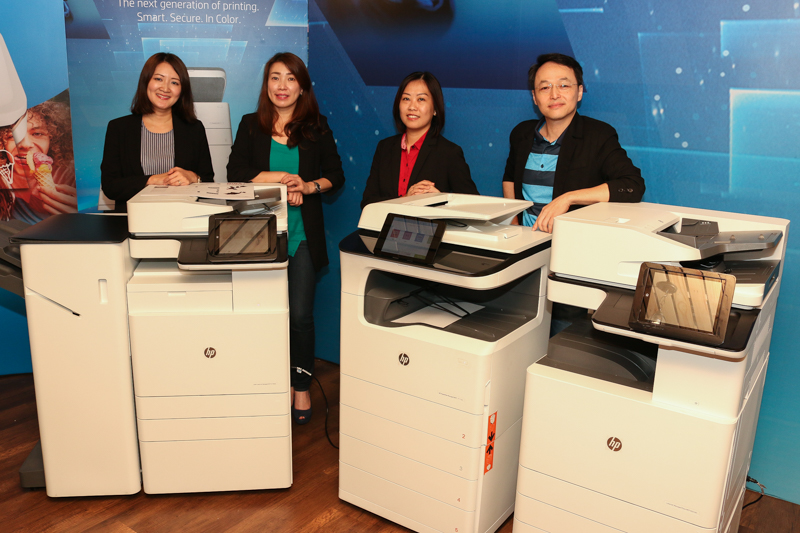 Businesses looking for a new printing workhorse are bound to be spoilt for choice by the sheer number of A3 multifunction printers that HP Malaysia unveiled earlier today. In total, there are 13 LaserJet platforms, 3 PageWide platforms, and a whopping 54 different SKUs to choose from – each protected with a host of advanced security features such as HP SureStart, whitelisting, and run-time intrusion detection.

HP SureStart is essentially a feature that validates the integrity of the printer’s BIOS whenever it boots up. Should the BIOS end up being corrupted by a cyberattack, the printer will restart itself and revert to the safe “golden copy” of the BIOS.

Whitelisting, meanwhile, ensures that only authentic and validated HP code is loaded into the memory of the printer. When an anomaly is detected, the printer will reboot to a secure, offline state, before prompting the IT department of the company to have the firmware reloaded.

Run-time intrusion detection works similarly to antivirus software, by protecting the printer whenever it’s up and running and connected to the network. When it detects anomalies during complex firmware and memory operations, it will automatically shut down and reboot the printer. 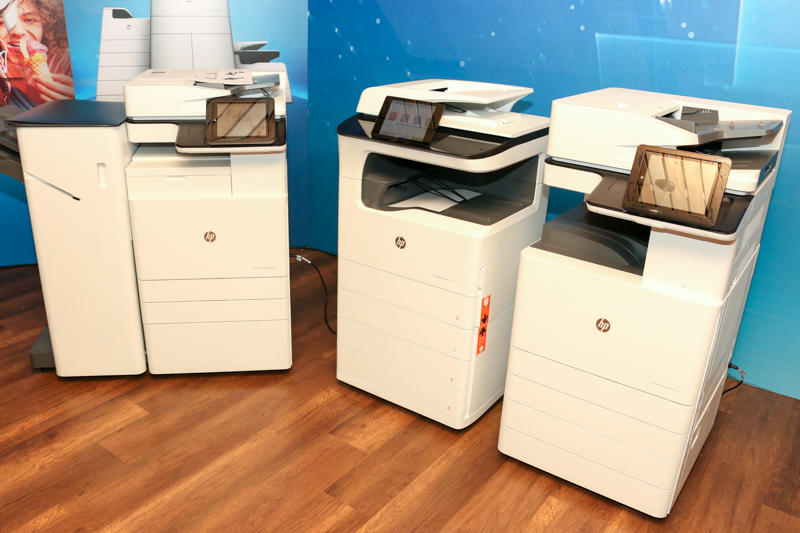 Because it would be incredibly inconvenient for HP Malaysia to showcase its massive lineup of A3 multifunction printers under one roof, the company decided to handpick three of them instead: the HP Color LaserJet Managed MFP E77830, the HP PageWide Managed P77760z, and HP LaserJet Managed MFP E82540.

The HP Color LaserJet Managed MFP E77830 has an A4 print speed of 30 ppm, an A4 scan speed of 80ppm, three paper trays to store up to 1,140 sheets of paper, and an eight-inch color touchscreen control panel on its front for easy navigation.

The HP PageWide Managed P77760z, on the other hand, offers a much faster A4 print speed of up to 80 ppm (in both black and color), but a slower scan speed of up to 50 ppm. It also has a 550-sheet universal input tray alongside a 100-sheet multipurpose tray for containing all your paper, and an eight-inch color touchscreen control panel.

And lastly, we have the HP LaserJet Managed MFP E82540, which has an A4 print speed of up to 40 ppm, and a scan speed of up to 90 ppm. It can hold up to 1,390 sheets of paper using its various input trays, and navigating its interface is done using its angle-adjustable 8.0-inch color touchscreen.

HP Malaysia’s range of A3 multifunction printers are available for purchase from qualified channel partners, or directly from HP Malaysia.