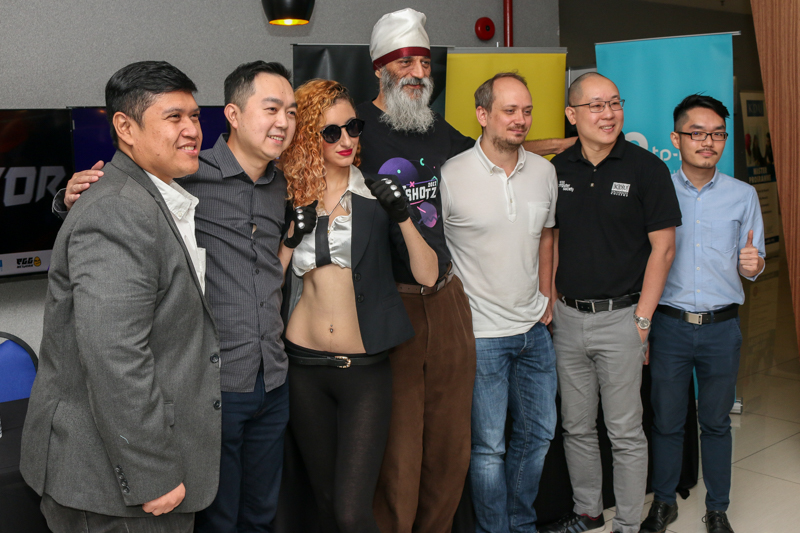 More than 2,000 amateur gamers signed up to compete in the HotShotz 2017 eSports tournament that kicked off back in May 2017, but only 250 have managed to secure themselves a prestigious spot in the grand finals, which will be happening this weekend at the KDU University College in Glenmarie.

You can watch these highly talented players battle for supremacy in games like Dota 2, Overwatch, Counter Strike: Global Offensive, Tekken 7, Street Fighter V, PES 2017, and Call of Duty: Infinite Warfare by purchasing a one-day or two-day ticket for RM15 and RM25, respectively. Both tickets will come bundled with a RM15 Lazada voucher, a RM10 VR Lab voucher, and a lanyard (colored for two-day ticket, black-and-white for one-day ticket).

We’d personally recommend you to opt for the two-day ticket, however, as it will also entitle you to participate in a lucky draw, where you can stand a chance to bring home a Sony PlayStation 4 Pro, an Acer Predator Gaming mouse, or a Warlord gaming chair. You can purchase your tickets online here. Apart from the eSports tournament, Sony Interactive Entertainment and Codemasters will be setting up their own booth for you to try out some of their latest games. In addition, there will also be 10 local independent game developers who will be on hand to showcase their work to attendees.

Of course, no video game festival would be complete without a cosplay competition, a PC modding exhibition, and a virtual reality showcase for those who have yet to experience the sheer immersion of VR.