When it comes to Gigabyte, the company’s taking it slow with just one card announced so far.

The Gigabyte GeForce GTX 1070 Ti Gaming 8G employs a triple-fan WINDFORCE cooler to keep the card cool, and the red-and-black shroud is a familiar sight for anyone familiar with the company’s products. 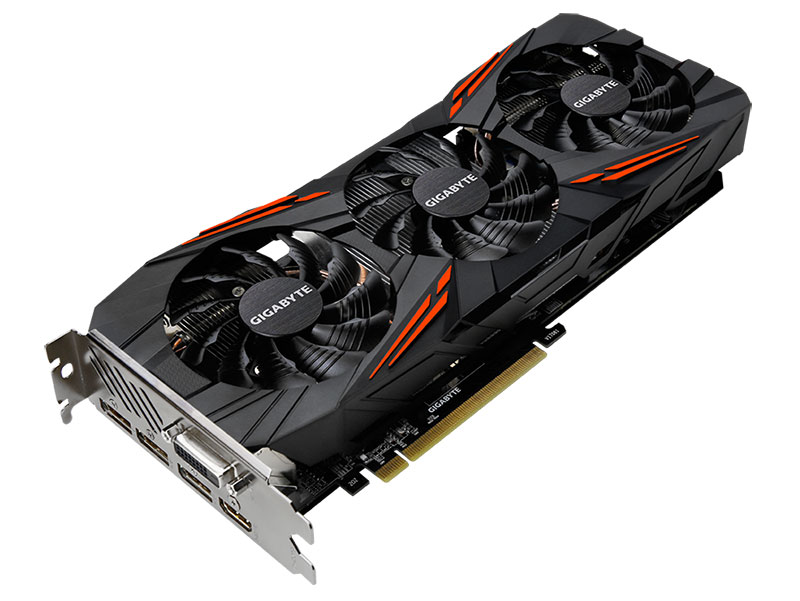 In the heart of the cooler, two copper composite heat pipes combine thermal conductivity and phase transition to transfer heat away from the GPU. Gigabyte put the heat pipes in direct contact with the GPU, eschewing the copper base plate approach that other vendors have tended to favor in recent times.

The memory chips also get their own heat sink of sorts, in the form of a large metal base plate that interfaces with them via thermal pads.

It is powered by just one 8-pin connector, but Gigabyte has upgraded the power supply to a 6+2-phase design for more robust overclocking.

On MSI’s end, it’s readied a five-card spread as follows:

The Titanium 8G is the most interesting of the lot, as it’s a branding we’ve technically not seen before, although it’s actually a re-brand of the Quick Silver range. The Twin Frozr VI cooler features a unique cooling shroud that is quite a welcome departure from MSI’s traditional red and black. 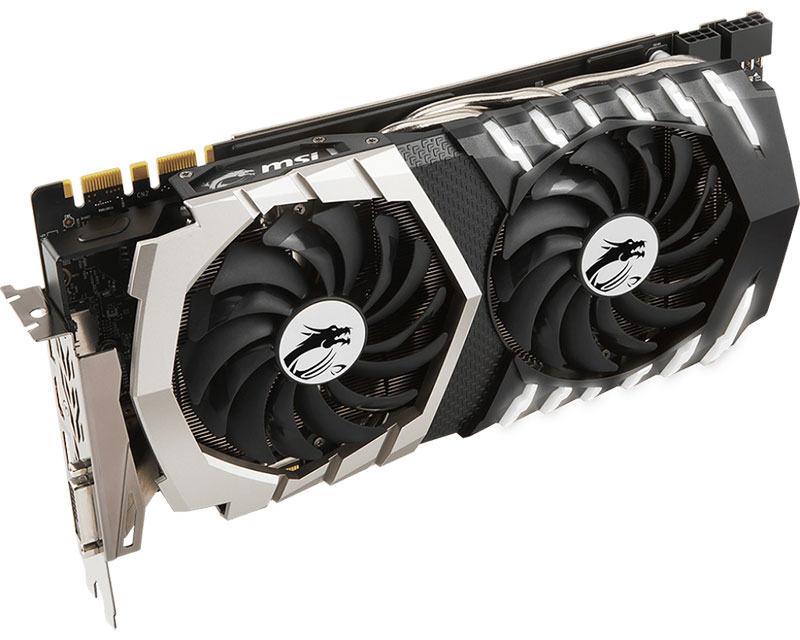 It is also very similar to the Gaming 8G, and both are dual-slot cards with the same dimensions, measuring 279 x 140 x 42mm. They also both use one 6-pin and one 8-pin power connector, so there’s extra provision for more power. 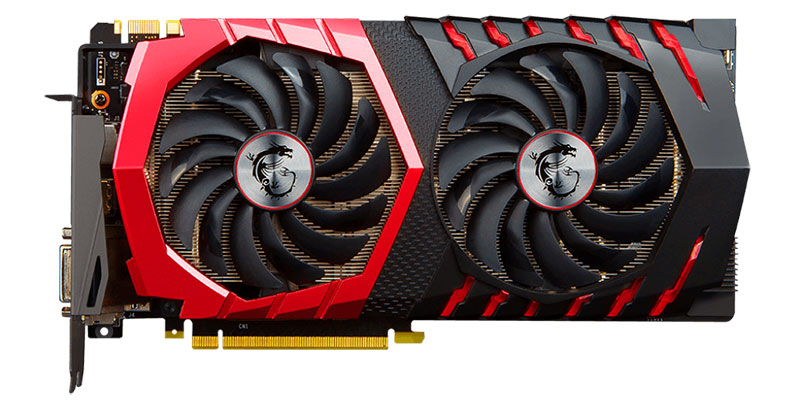 The Torx 2.0 fans on both cards use a double ball-bearing design for greater longevity, and they combine dispersion and traditional fan blades to optimize air flow and static pressure.

If you look under the shroud, you’ll find six heat pipes that are squared at the bottom to maximize contact with the copper base plate, the latter of which is in direct contact with the GPU.

Finally, there’s a dedicated memory cooling plate for the memory modules and a PWM heat sink to cool the voltage regulation components.

On the other hand, the Duke 8G is a large triple-fan card that measures 312mm long. A tough anti-bending strip sits between the heatsink and the PCB, which is a welcome feature for such a long card (the Titanium and Gaming cards have this as well). 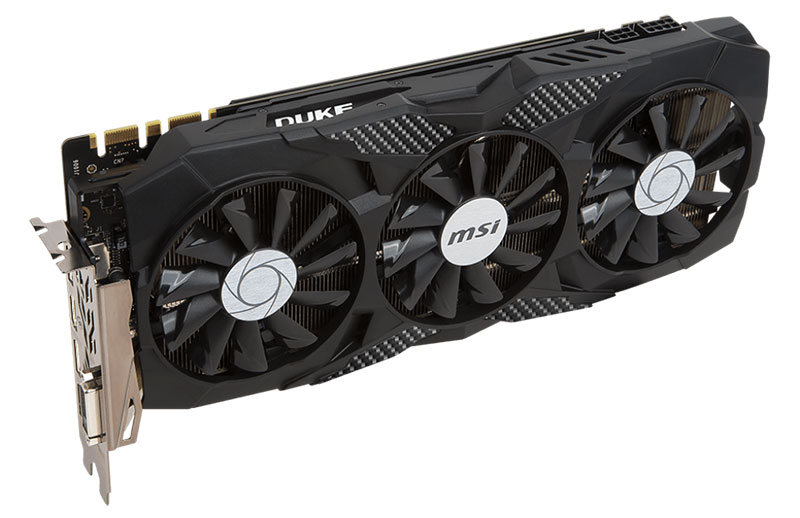 Of course, there’s a metal backplate to further help with structural integrity, featuring a matte finish with carbon highlights.

For those looking to build a monochrome-themed build, there’s the Armor 8G, which also uses two semi-passive Torx fans to optimize airflow. If not, MSI also has a blower-style card in the Aero, for those who prefer to exhaust heat out the back of their system.