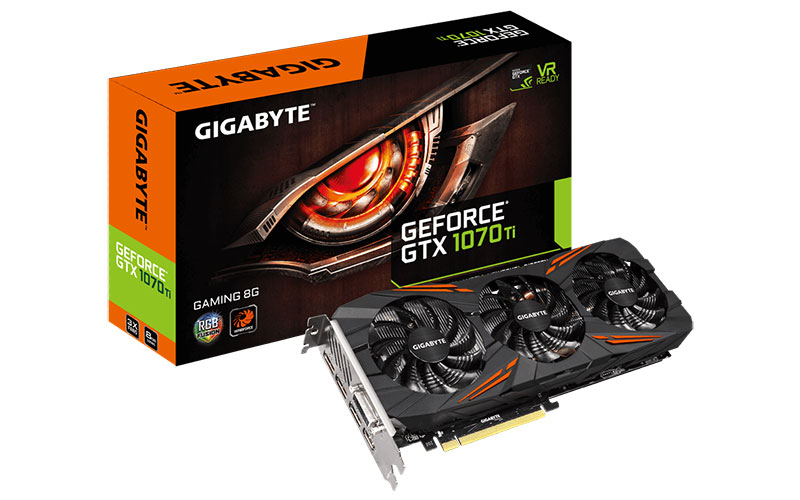 The announcement itself was fairly low-key, but the card is interesting as a direct response to AMD’s Radeon RX Vega 56, which was slightly faster than the GeForce GTX 1070.

NVIDIA is rolling out the Founders Edition model and custom cards from various brands on November 2, but because it’s harder to get the former locally, you’re probably more interested in models from vendors like ASUS, Gigabyte, and MSI.

To that end, we’ve rounded up custom cards from various brands to give you an idea of what’s available.

However, because NVIDIA has restricted vendors from shipping factory overclocked cards in order not to encroach upon the GeForce GTX 1080’s territory, all the cards ship with a 1,607MHz base clock and 1,683MHz boost clock by default.

Details on local availability and pricing are also still missing at the moment, but we’ll update as soon as we know more.

ASUS has revealed a total of five different GeForce GTX 1070 Ti models. They are as follows:

All of them ship with the same 1,683MHz boost clock by default, the same as the Founders Edition model.

However, ASUS says it’s also been doing its own testing to identify chips with the best overclocking potential. These chips are in turn used in the A8G version of the ROG Strix and Cerberus cards, and have a higher 1,759MHz boost clock in OC Mode.

In comparison, the other cards boost to 1,721MHz when you switch to OC Mode.

All the models also share the same selection of display connectors, including two DisplayPort 1.4, two HDMI 2.0, and one DVI-D output.

But those things aside, the main difference between the cards lies in their cooling solutions. The ROG Strix cards have the beefiest cooler of the lot, and ASUS says it’s actually similar to what its GeForce GTX 1080 Ti cards are equipped with. 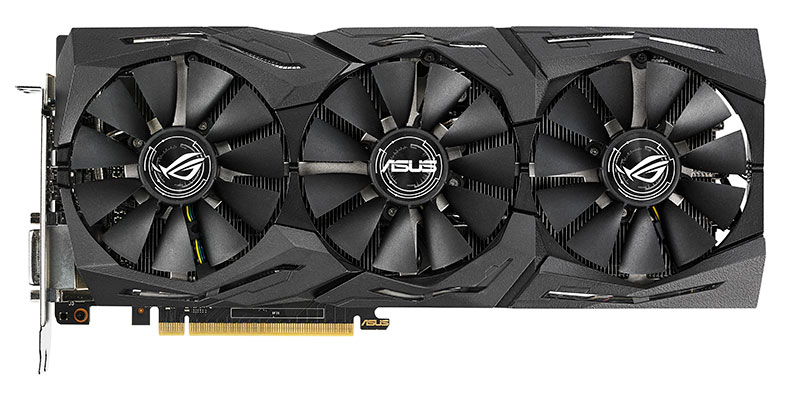 This means that it’s a 2.5-slot design, with larger radiators and fin area to help with heat dissipation. The heat pipes are also not in direct contact with the GPU, relying instead on a nickel-plated copper plate to draw heat away from the chip.

ASUS is using the same MaxContact Technology as on the ROG Strix GeForce GTX 1080 Ti, so the surface is supposedly much flatter in order to maximize the contact area.

Next up, there’s the Cerberus cards, a new series of GPUs that sits between the ROG Strix and Turbo cards. They use a dual-fan cooler paired with a red-accented black shroud, and the company says it’s conducted extensive reliability tests to ensure that the cards will last you a while. 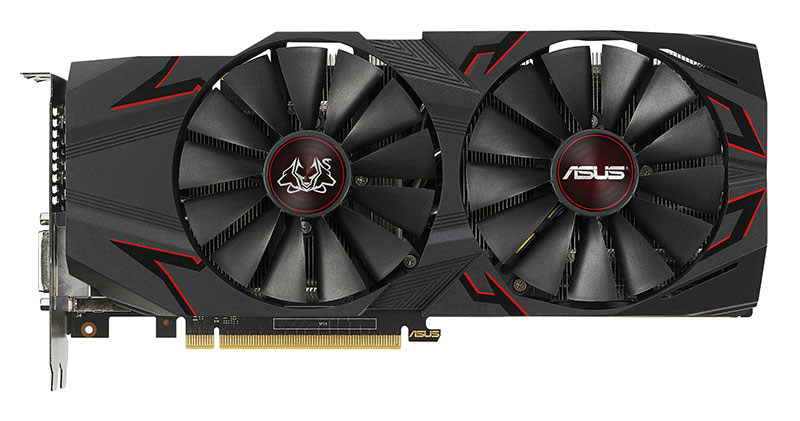 Finally, the Turbo model features a blower-style cooler that dumps heat out the back of the chassis, so it’s a good fit for smaller systems. Its dual-slot design is also more compact than its ROG Strix counterparts, and it’s both shorter and slimmer than the latter.

There’s no RGB lighting on the card either, but it does have a backlit accent piece with the ASUS logo that you can replace with a custom design.