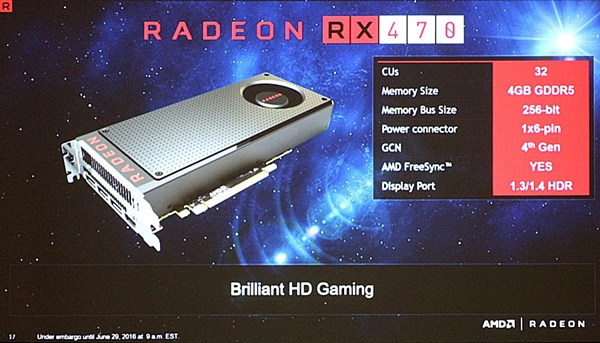 In a recent press event, AMD revealed the technical specifications of its Polaris-based Radeon RX 470 and RX 460 graphics cards. The RX 470 will use the same blower type cooling system as the RX 480; however, the former’s GDDR5 video memory will be capped at 4GB, at least for the reference card. The VRAM will be accessible via a 256-bit wide memory bus. The RX 470 features 32 Compute Units that translates to 2,048 stream processors. The card draws power from a single 6-pin Molex connector. Targeting the mainstream gaming market segment, The budget RX 460 card will feature 14 Compute Units (896 stream processors), and the reference card will feature 2GB of GDDR5 video memory, with a 128-bit wide memory bus. It doesn’t come equip with any power connectors as it draws all its power from the PCIe slot. Given its diminutive stature, the RX 460 bears a strong resemblance to the Radeon RX Nano. 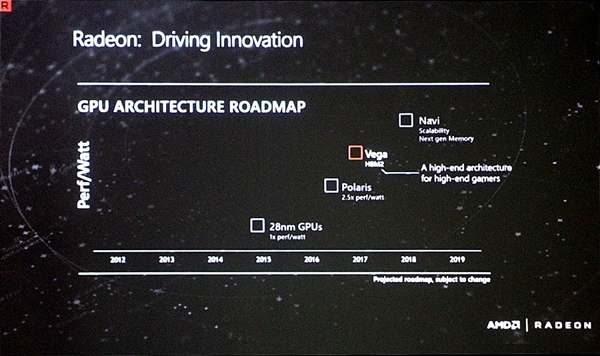 AMD also reiterated its GPU architecture roadmap, which reveals Vega as a high-end GPU architecture meant for high-end gamers. As usual, there wasn’t any official word on the price and availability of both cards.

Previous Story
With the MSI VR Boost Kit, setting up a VR headset is made easy
Next Story
Turn the Radeon RX 480 into a single-slot card with this EKWB water block