Here are all the AMD X470 motherboards announced so far 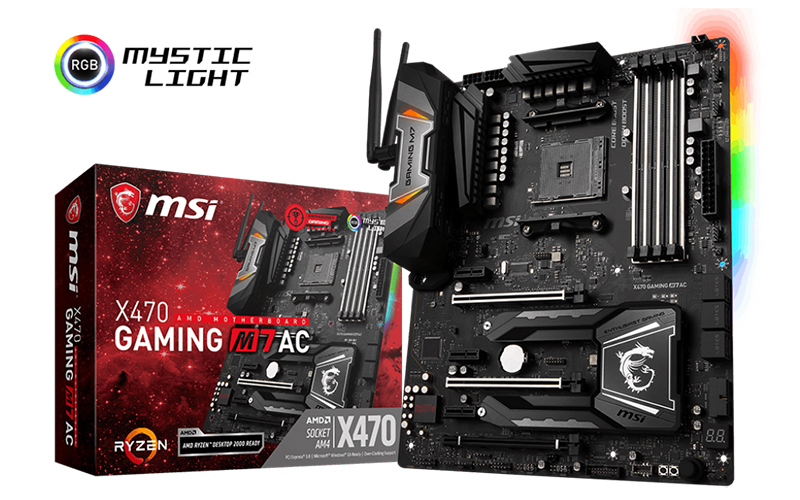 AMD’s 2nd-generation Ryzen processors are here, and they’re more than just a small step above the original Ryzen chips.

The new Zen+ architecture may be just an update to last year’s Zen architecture, but it offers tangible gains such as higher base clocks, lower cache latencies, and more granular per-core frequency adjustments.

The CPU also consistently aims for the highest possible frequency by checking against CPU temperature, load, and current, which should translate into higher boost clocks in game and better performance.

AMD’s board partners have appeared remarkably prepared for the launch, and it wasn’t long before we were flooded with board announcements featuring the new X470 chipset. While the core silicon remains unchanged, the crop of X470 motherboards offer additional features and refinements – optimized memory routing and an improved VRM and power layout for overclocking, among other things – that make them quite compelling options for anyone looking build a new DIY rig.

The X470 chipset is also the only one to support StoreMI Technology right out of the box. This lets you pair your slower hard drives with an SSD or up to 2GB of RAM for a combination of speed and capacity. But unlike certain RAID programs or Intel’s competing Optane Memory solution, StoreMI can be implemented or removed without any need to reinstall Windows or reformat your drives.

That said, if you’ve got your eye set on a 2nd-generation Ryzen chip, here’s a roundup of the motherboards announced so far from the major brands.