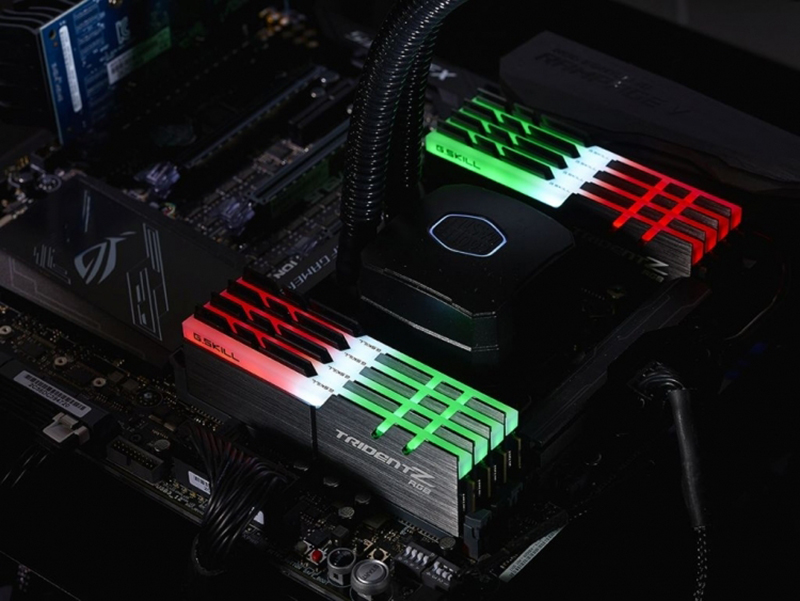 The new kits are part of G.Skill’s new Trident Z Black series, which falls under the company’s Trident Z RGB line-up. These memory modules feature all-black heatsinks with a brushed metal finish, a look that will go wonderfully with the RGB lighting coursing along at the top.

The only exception is the DDR4-4200 kit, which doesn’t offer RGB lighting and operates at 1.40V, compared to 1.35V for the rest of the kits.

Here’s a table with all the kits announced so far and their timings:

There's no word yet on availability or price.